There's a new scientific revolution on YouTube, where creators are explaining the extraordinary science at work in our ordinary lives.

Mitchell Moffit and Gregory Brown teach you everything you wish you’d learned in chemistry class: “The Scientific Power of Naps,” the benefits of frozen veggies, and “What causes a Hangover?”

The duo’s wildly popular YouTube channel, AsapSCIENCE, has amassed over 130 million views and 1.5 million subscribers, but there’s a good chance you have no idea what they look like.

The two 25-year-olds from Toronto, Canada, work with whiteboard animations, using quirky illustrations and succinct narration to deliver entertaining tutorials tailored for ever-shortening attention spans. In a recent video explaining what would happen if a person decided to stop sleeping, for example, Moffit explains how the mesolimbic system in your brain runs rampant after losing a night’s sleep, while a whiteboard marker rapidly draws a pair of bloodshot eyes and a number of props.

“We decided that by using our hands, people aren’t distracted by our personalities,” Brown told me. “They’re more able to focus on the actual content and what’s being produced.”

Moffit and Brown are at the forefront of YouTube’s scientific revolution, a wave of creative thinkers who are gaining massive popularity, online and in the classroom, by explaining the extraordinary science at work in our ordinary lives.

“We were realizing that you don’t learn the coolest stuff in high school science, but once you’re in the university you can really start to apply a lot of it to your own life,” explained Moffit, who majored in biological science alongside Brown at the University of Guelph. “We were learning this groundbreaking information and we were constantly trying to translate stuff for them.” 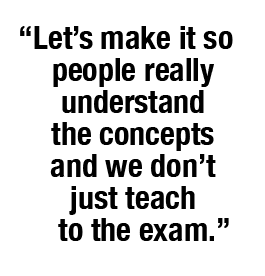 After graduating, Brown became interested in science education, specifically how he could teach young students to understand a curriculum that was sometimes immensely intimidating. Moffit, meanwhile, had a number of friends who had managed to grow significant audiences on YouTube and noticed that his younger siblings were seemingly glued to the video platform.

“They kind of clued us in to the medium as a whole and how it wasn’t just a place for funny videos or cat videos or one-off viral videos,” he explained, “but that people were actually gaining audiences that were coming back week after week or episode after episode.”

Eventually, they began to map out a concept for AsapSCIENCE. It wasn’t difficult to settle on some initial topics; they were the subjects the two had found themselves explaining to their friends in college. One of their first videos, uploaded a mere year ago, explains why drinking coffee and alcohol makes us need to pee more often. (Hint: it has to do with how these substances affect your pituitary gland.) Though their videos gained immediate traction, they didn’t stumble upon what they’d consider their winning formula until a few weeks later when they produced a video on the causes of hangovers.

“That skyrocketed the quickest,” Brown said. “I think that was a testament to the importance of making our videos relatable to the average person.”

Though the two had assumed their videos would mostly appeal to young students in the classroom, they quickly concluded that there was a much larger audience hungry for this sort of content. Six months into the series, they discovered through analytics that their average viewer was male and 35 years old.

“These videos get tons of traffic from being shared because they ask very simple, interesting questions that you would want to talk about with people,” said Kevin Allocca, YouTube’s trends manager. “These are questions that we don’t always think about, but the moment they’re presented to us we immediately want to know more about it.”

But why have channels like AsapSCIENCE, MinutePhysics, and Michael Stevens’s Vsauce, which boasts more than five million subscribers, become so popular recently when YouTube as a company has been around for more than half a decade?

For years now, scientists have complained that there’s a dearth of great science communicators, like Carl Sagan, the astrophysicist who captivated the world with his 1980 documentary series, Cosmos: A Personal Voyage.

The tide has certainly shifted on YouTube, but it’s part of a larger pop culture trend. The Discovery Channel’s Mythbusters—a documentary series where Adam Savage and Jamie Hyneman, two Hollywood special effects artists, use science and engineering to test out the validity of claims made in movies and pop culture lore—has become a runaway success. The astrophysicist Neil deGrasse Tyson makes regular appearances on The Daily Show With Jon Stewart, and contemporary “Science Guy” Bill Nye is a much bigger celebrity now than he was when his show went off the air in 1998. (“Bill Nye was one of the top science searches on YouTube last year,” Allocca told me.) 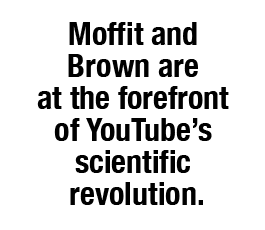 YouTube has become a prime venue for this type of content, partly because it’s easy to share and science teachers across the world need only a high-speed Internet connection and projector to show it. Many of these videos are evergreen in their subject matter, and Google, which owns YouTube, is known to weight video above other types of content in its algorithm, often making these series the first to surface in search results when users ask a science-based question.

And their popularity isn’t just a U.S. phenomenon: 80 percent of education videos are uploaded outside the States.

If there’s one thing that these popular video series have in common, it’s their brevity. Brown and Moffit told me they like to keep AsapSCIENCE episodes between one and three minutes long. MinutePhysics, as its name suggests, sticks to a similar formula.

On YouTube, it’s all about doing more with less.

But while this length works well in elementary and middle school classrooms when a teacher wants to explain a complicated subject in the simplest possible terms, how do you compose a video that will be used to instruct subject matter experts, including both Ph.D. candidates and medical school students?

That’s a question Rishi Desai contemplates daily. A pediatric physician by trade, Desai oversees all the medical content for Khan Academy, the nonprofit company founded by Sal Khan in 2006 to create video tutorials on dozens of topics from chemistry to economics. The Academy has reportedly reached 85 million students to date who have completed over a billion exercises.

Desai had originally signed on in July 2012 to create tutorials for Khan Academy Medicine, but in September of that same year he was promoted to run the entire operation. The content his team produces differs from many of YouTube’s most popular science videos in that it’s meant to be supplemental for actual medical school students.

“Something like this would have been really nice for me to have in medical school because there were so many times when I didn’t understand something and I went to a friend who explained it to me in a pretty straightforward way,” he told me. “And a lot of lectures don’t do that. They kind of steamroll right through the material, and they have this curse of knowledge where the professor can’t help but use jargon when a simpler, more clear way of explaining something would be optimal.” 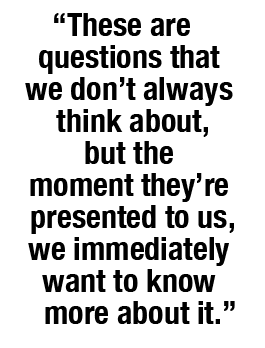 Earlier this year, Desai hosted a contest in order to attract the best science communicators he could find, and out of 70 submissions he chose the best 15 and hired them as contractors. The group gathered for a one-week training camp where they settled on a single mission: “Let’s chop up the MCAT into different pieces. You do physics and you do chemistry, etc. And let’s crank out this material. Let’s make it so people really understand the concepts and we don’t just teach to the exam.”

Creating content geared toward those with subject matter expertise, as you can imagine, isn’t easy. Unlike AsapSCIENCE, which can simply mine the most interesting information, Khan Academy Medicine must walk you through all the abstruse details while still remaining interesting and engaging.

Desai said he goes through each video to determine if it makes what he calls “logic leaps,” jumping from point A to point B without describing how the narrator got there. He then scores the video on whether it’s engaging and contains compelling imagery. “It’s not so much about the content,” he explained. “People know the content. They can teach it easily, but can they teach it well?” Once he’s critiqued the piece, he asks the contractor to remake it. It’s not uncommon for him to ask for a video to be remade five or six times.

For Desai, the end goal isn’t to merely provide a supplemental education service; he wants to upend how classroom time is spent. The typical university model is to pack 300 students into a classroom and have a professor lecture to them for an hour. And for most of history, this model made sense, given there was no easy way to convey the material to the students beyond the textbook.

“You have to ask, ‘What’s the best use of these people’s time?’” he said. “If I were an alien coming down to planet Earth to observe our culture, I would think, ‘They should probably be talking or discussing and working together in some way.’ And that’s not what happens.”

In Desai’s vision, students watch the lectures during their free time and the classroom is reserved for projects that involve critical thinking and group collaboration. “Let’s do a debate, let’s do a project, let’s do any of those activities that are a little bit higher order of thinking than simply getting the facts and understanding the basic principles.”

Perhaps the biggest challenge in producing science videos is simply choosing which topic to tackle next. At this point, half of AsapSCIENCE videos are answers to questions asked by the YouTube community. Moffit said he has a list of 172 video ideas on his phone, and those were chosen from the thousands suggested.

Luckily for Moffit and Brown, they have plenty of free time to tackle these subjects. AsapSCIENCE has become popular enough for them to quit their jobs and work on it full time. If the world has suffered from a lack of great scientific communicators, then the Internet has responded, fulfilling a demand that no one knew existed.

“For us it is that constant evolution that keeps us excited,” Moffit said. “We’re scientists at heart and the challenge now is to continue stimulating those who have been around for a year. We want to find new ways to entertain them.”