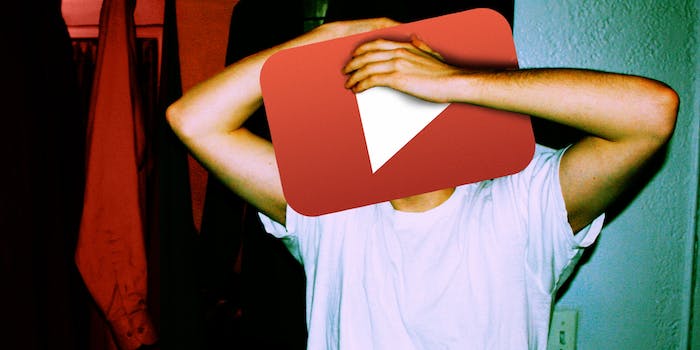 YouTube had a big year, but not all the news was good news.

YouTube is bigger than ever—and so is the microscope on everything within it.

In a year when people on YouTube had their own TV shows, appeared in major films, became bestselling authors, topped the iTunes charts, competed on reality competitions, and overtook cities in major advertising campaigns, the creators are starting to overtake mainstream media in a big way. Teens now prefer YouTube stars to Hollywood celebrities, and they’re able to inspire and influence people around the world.

Of course, nothing ever runs as smoothly as a professionally edited video. The prank video subculture finally started to see backlash from fans, as creators sexually harassed people on camera and tried to pass it off as a “social experiment.” More people came out to accuse YouTubers of sexual misconduct, sexual assault, and rape. Celebrities are getting called out for what they feature in their videos and how they portray themselves. Former videos have come back to haunt the people who made them—much like older tweets have for some celebrities. And the ongoing debate about authenticity, hoaxes, and who deserves what piece of the cash cow rages on.

As YouTube grows even bigger in 2015, this will only become even more complicated. Here are the biggest scandals YouTube experienced this year.

Michelle Phan is one of YouTube’s preeminent beauty vloggers, and her makeup tutorials have racked up over a billion views, which means the music featured in those videos gets some pretty substantial time in the spotlight.

But Phan came under fire in 2014 when Ultra Records claimed she had been using recordings of their artists without permission. The label sued Phan for the unlicensed use of their music, including Grammy-nominated DJ Kaskade. In turn, Phan countersued, arguing that she’d been under agreement with Jason Kilgore, Ultra’s senior new media manager, who had agreed by email to allow Phan to use the music with credit to the artists and links to their iTunes accounts. This agreement began in 2009, but when the label’s lawyers started issuing DMCA notices five years later (with which YouTube complied), Phan claims she lost revenue.

This feud still hasn’t been resolved, and Phan demanded a trial. To abate such disputes in the future, YouTube added measures that show creators which songs they can use and what the use of those songs does to the monetization of their videos. There’s also a plethora of rights-free music creators can use to underscore their vlogs and keep the monetization for themselves.

2) Zoella gets called out for using a ghostwriter

One of Britain’s most popular lifestyle vloggers, Zoella, a.k.a. Zoe Sugg, took a leap into the publishing industry in 2014 with her first novel. The book, Girl Online, smashed sales records, outpacing the first releases from big-name authors like J.K. Rowling and E.L. James. Sugg has more than 6 million YouTube subscribers, and they helped her sell 78,000 copies in the first week.

But her triumph was short-lived. Book bloggers quickly took note of a dedication in the book to a mysterious Siobhan Curham, who was thanked in a way that is typical of nods to ghostwriters. They then found now-deleted blog entries of Curham’s that seemed to imply she got the order to write Girl Online on a six-week timeframe for the publisher. Online buzz forced Sugg and her publisher, Keywords Press, to admit that she had “help” with the book, but that the idea and story were original. Despite the scandal, Sugg is headed to the bank with her bestseller, and will release a sequel next year.

What happens online can have real-life consequences, a fact vlogger Matthew Lush learned firsthand this holiday season. After an online glitch accidentally booked him a return ticket on JetBlue, the YouTuber contacted customer service to try and get a refund. When the airline refused and wouldn’t allow him to rebook without a penalty, Lush decided to suck it up, take the overpriced flight, and then badmouth the customer service representative using his weapon of choice: social media.

The rep in question was named Regina, and Lush decided to play up the Mean Girls memes using her name and customer reference number, tweeting, “One time Regina treated @MatthewLush badly, I punched her in the face, it was awesome #ByeRegina87346,” among other things. When Lush arrived at the terminal, he was denied access to the flight and flagged as a security threat to the airline. After being removed and flying home on another carrier, Lush took to YouTube and encouraged his 580,000 followers to boycott the airline until he was allowed on flights.

For JetBlue’s part, they stand by their ban, saying in a statement, “The decision to remove any customer from a flight is made after careful and informed decision by local airport officials and flight crew. It’s based on an individual’s actions and our assessment whether further actions during the flight would lead to further disruption or non-compliance with crew member instructions, which could lead to diversion and delays for all customers.” While Lush wasn’t the only digital star who got into hot water with the airline industry this year, a lifetime ban from JetBlue definitely makes him the most notorious.

When YouTuber and former Big Brother U.K. contestant Sam Pepper released a prank video that featured him pinching the behinds of unsuspecting women, it opened a floodgate in the YouTube community about what is and isn’t acceptable video behavior. After a year full of sexual abuse and misconduct accusations, Pepper’s video didn’t sit well with the community. They called for an apology, to which Pepper, after some radio silence on the matter, replied, claiming his video was part of a series meant to bring attention to domestic abuse. He released another video with women pinching men’s behinds, and then a video explaining the series, which also tried to refocus the attention back to male victims of domestic abuse.

At the same time, several young women began accusing him of sexual misconduct, from inappropriate behavior during dates to claims of non-consensual sex. Several police reports came to light in Los Angeles, where Pepper lives, with formal complaints of rape against Pepper: one in July and another in October. Laci Green, who stepped up to help organize the YouTuber reaction against Pepper, claimed she received threatening messages from him during that time. Pepper was dropped from Collective Digital Studio, his multichannel network, but that hasn’t stopped the creator from remaining active on YouTube and other social media. He still boasts 1.1 million Twitter followers and 2.3 million YouTube subscribers in the wake of the scandal.

For those of us who watched the Winter Olympics in Sochi from home, they were often full of amusement at the expense of others. The hotel conditions were less than ideal—athletes got stuck in hotels and elevators, cats fell through ceilings—so when U.S. luger Kate Hansen posted a video of a wolf roaming the hallway of her hotel, we were ready to believe her.

Unfortunately, it was all the dastardly work of Hansen and YouTube hoaxer Jimmy Kimmel, who already pulled one over us with last year’s twerking fail. The video easily cemented Kimmel as a serial hoaxer (even though at that point he had only duped us twice) and if something seemed too good to be true on YouTube, people would joke that it was another Kimmel hoax. As Daily Dot tech editor Molly McHugh wrote back in February, “What [Kimmel is] doing is endangering any sense of wonder there is left in the Internet. We’re all so critical, so skeptical of anything even moderately fantastical we find online. We’ve been conditioned to call hoax before letting ourselves laugh or gasp or stare at something amazing.”

Katy Perry came under fire after dressing up in “geisha drag” at the 2013 American Music Awards, but this year she received criticism yet again for cultural appropriation. First, the Muslim community called for YouTube to take down Perry’s video for “Dark Horse” in February. In one scene, a man is shown burning while wearing a pendant with the word “Allah” on it. Although a Change.org petition got more than 30,000 signatures, the video still remains online. In July, she released the music video for “This Is How We Do,” which featured Perry wearing cornrows and demonstrating stereotypical black mannerisms. When asked about her history of cultural appropriation, Perry got defensive and said that her intentions were pure. Others thought it was racist.

Lyric videos are rarely more controversial than the actual video, but Nicki Minaj’s lyric video for “Only” proved everyone wrong. Released in early November—just before the 25th anniversary of the Berlin Wall coming down—the animated video appeared to feature Nazi symbolism. It illustrated soldiers in uniform, drapes with the Young Money logo that echoed a Swastika, and even a gas mask with the word “CHAMBER” written across it.

The musicians who performed the song were portrayed as people in positions of power: Minaj as a dictator, Drake as a pope, Lil Wayne a business mogul, and Chris Brown a military leader. Minaj was quickly accused of anti-Semitism and people called for the music video to come down. A few days later, Minaj took responsibility and apologized for the video, noting that the artist was influenced by Metalocalypse and Sin City and the people in charge of making the video were Jewish. The subject matter for the actual “Only” music video seemed rather tame in comparison.

On the heels of that viral catcalling video, another social experiment took the Internet by storm. A girl pretended to be drunk in Los Angeles as part of a “social experiment” and the majority of men who approached her tried to take her home. The video quickly sparked debates about whether the video was staged, at least until the actors involved revealed that it was. So far, three of the men shown in the video have spoken out, after they were made to look like sexual predators. They said they were told it was for a comedy skit and that there would be a disclaimer on the video. The actress involved also spoke out and apologized for her role. The video’s producers have yet to comment.

The YouTube community has been hit with a handful of scandals, in which creators took advantage of their (mostly female) fans. But this year, more alleged victims spoke out against their abusers. Musician Kelly Montoya was called “a rapist and sexual abuser” back in January by someone who talked to some of Montoya’s former partners. However, a larger conversation about abuse came after creators and fans called out Tom Milsom, Alex Day, Danny Hooper, Alex Carpenter, and several others who were dropped from record labels such as DFTBA Records and driven off social media.

In September, another wave of accusations came out against Pepper and Jason Sansome (better known as VeeOneEye), and Craig T. Dillon was among the latest to receive accusations. Some of these creators are still making videos, and many of them have received backlash from former fans who feel the accused shouldn’t be allowed to come back to the community. The website Unsubscribe Together allows viewers to unsubscribe from “up to 45 accounts” with just a click of a button.