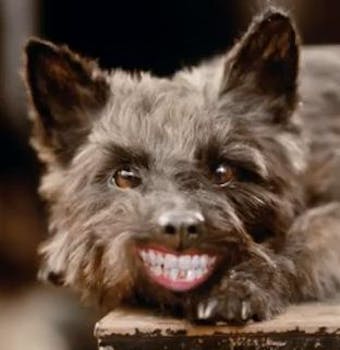 This indie band has some great backup singers, albeit dead ones.

In YouTube right now, the Daily Dot looks at videos that catch our eyes, push our buttons, and move our dials—and that you’ve just got to watch. Right now!

Back in the day, before the dawn of the Internet, music videos relied on television and focus groups to put a finger on the current zeitgeist.

The indie band the Erratic Man’s latest music video for its single “Back in the Day,” appears to draw inspiration from two extremely popular YouTube tropes—human-like teeth on non-humans, and taxidermied animals. The result is a little creepy.

The 3.37 minute video, a time stamp perhaps referencing leetspeak, gives the viewer an inside look at what stuffed animal specimens do when their taxidermy worker has left for the day. In this case, they sing a catchy, electro-acoustic song.

If the taxidermied animals made you think of Chuck Testa, a popular, recent meme from this summer, you’re not alone.  The top two comments on the music video both reference Testa:

Besides the reference Testa, a small business owner who refuses to stuff people’s pets, the teeth on the animals in the video is reminiscent of The Annoying Orange.

The Annoying Orange is a popular YouTube channel that has since moved on to become a video game for the iPhone and iPad. (Along with having two million subscribers the Annoying Orange recently cinched a deal with Cartoon Network for a 30 minute show.)

Bands frequently incorporate popular culture into their music videos. That’s almost expected in order to be culturally relevant. Given the vastness and growing influence of YouTube, is it surprising that tropes from that same community would be used too?

The video, despite obvious allusions to ideas important to the YouTube community, has yet to rake in the views. “Back in the Day” currently sits at a little over three thousand views. For a virtually unheard of indie band, though? Not too shabby.