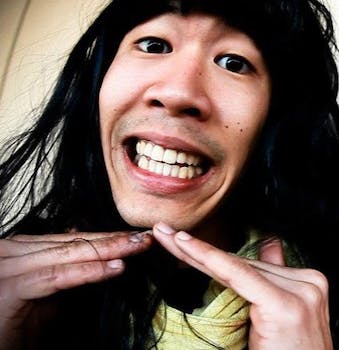 People say crazy shit all the time. But it’s so much better when they say it on YouTube.

“Oh my gosh, what are you doing! Don’t touch me, that’s bad luck,” and “These are going to go straight to my butt, I wish they went to my boobs,” are just two of the hilarious phrases uttered by an Asian man in Shit Asian Girls Say.

Filmed by Funk’d Up TV, the 2-minute-22-second clip currently has its views frozen due to mass interest, after being linked by Buzzfeed. It was uploaded on December 24, and the Twitter account for the series began on the 25th.

Shit Black Guys Say, which flips it around by featuring black women in male drag, is full of comedy gems, including the phrases “Where am I, where are you?” and “Who you going to believe, me or some chick on Twitter?”

Uploaded on December 22, Shit Black Guys Say has been viewed 77,000 times and is already becoming a community favorite.

“I think this is the funniest one yet! ‘Who you gonna believe﻿ me or your own eyes!’” wrote cms830 in a top comment on YouTube.

Now we’re just waiting for someone to put together Shit YouTube Commenters Say.