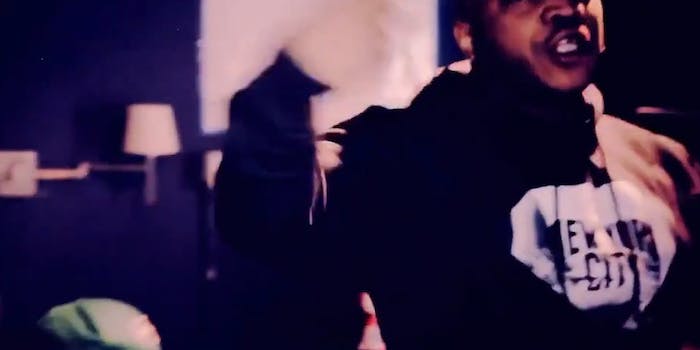 Google takes all the fun out of a rap lifestyle.

Google is now the unofficial search engine of hip-hop.

Thanks to former Capone and Noreaga rapper NORE’s latest mixtape, Crack on Steroids, the vibrant tech-rap world now has “Google That.” The five minute single, which debuted yesterday on YouTube, finds NORE, Styles P, and Wu Tang Clan member Raekwon rapping about living the fast life in the Internet age.

The track’s lyrics are pretty NSFW. Here’s the gist: It used to be easy for rappers to conceal that they  “drink tiger balm,” “shoot ni**as,” “smoke big,” and did time in the clink. But now, that information is completely out in the open on the Internet’s vast abyss.

NORE raps that, after meeting “a Chinese chick with a crazy ass,” she googled him and “shootings, robberies, and big cocaine came up.”

Fat chance she sticks around now. Thanks for nothing, Google.