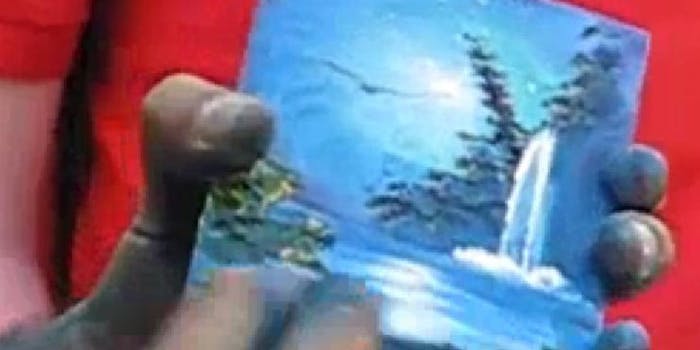 Fabian Gaete Maureira is a fingerpaint artist from Santiago, Chile, who creates stunning works of art in a matter of minutes using just his fingers, paint, and impressive manual dexterity. A video of Maureira churning out two pieces in about two minutes has already collected more than 1,000 comments on YouTube in less than three days.

“You’re blessed,” commented EboiBaboi on YouTube. “I want﻿ those fingers.”

The video has also collected 1,000 more on Reddit, where it has sat on the social news site’s front page since Monday afternoon. (That probably explains why the view counts are frozen at 302.)

“This guy is making bank. He’s literally selling paintings faster than he can make them,” commented redditor Kailoth. “If he can crank one out in under two minutes do the math for an hourly wage. Amazing.”

The Daily Dot has reached out to Maureira for comment.