YouTube is understandably kicking things off where it knows it already has fans.

You can’t blame YouTube for what it’s done with the first wave of original programming to appear on the YouTube Red premium service. If you’re suddenly going to go from door to door shaking a can, the first houses you need to go to are those of the people who already support your cause. And so the 40 million followers of PewDiePie get their wish to see their man—in a surely unsustainable venture—being repeatedly scared, there is a documentary on the live tour of Lilly Singh aka IISuperwomanII, and a bunch of lesser digital starlets are crammed together, Golden Corral-style, in the film Dance Camp, presumably to mop up any remaining tween viewers.

If you don’t fit into the demographics that crave this sort of entertainment, it is easy to be dismissive. You may wonder why the confessionals are so heavily edited, with cuts and chops every few seconds suggesting that the hosts can barely craft full sentences. You may find what passes for comedy somewhat mystifying. Or you may just consider PewDiePie irritating. But your views are irrelevant. The numbers tell us that.

At least they were irrelevant. As devoted as the fanbases of YouTube stars are, however, a funny thing happens when people, especially young people, are asked to pay $10 a month for something. They become more critical; suddenly being forced to choose between going out with friends or watching a Swede, 10 years their senior, screaming at a rubber snake. And all of a sudden the views of the parents holding those purse strings come into play.

That the fan-parent relationship is critical will not be lost on YouTube, seeing as it’s an issue that the platform’s young faces have been mining for years. And in the case of IISuperwomanII, the Canadian vlogger star of A Trip to Unicorn Island, it is at the center of why her shtick is so creepy.

The first couple of minutes of Unicorn Island move us via Steadicam throughout a suburban family home and finally come to rest downstairs in the small bedroom of Lilly Singh, which is colorfully adorned with posters of heartthrobs such as The Rock. We learn that it is the room in which she becomes her online persona, IISuperwomanII, and sends out her videos on things like “Types of Kids at School,” “Types of Teachers at School,” and “Types of Crushes” to a population greater than Scotland. 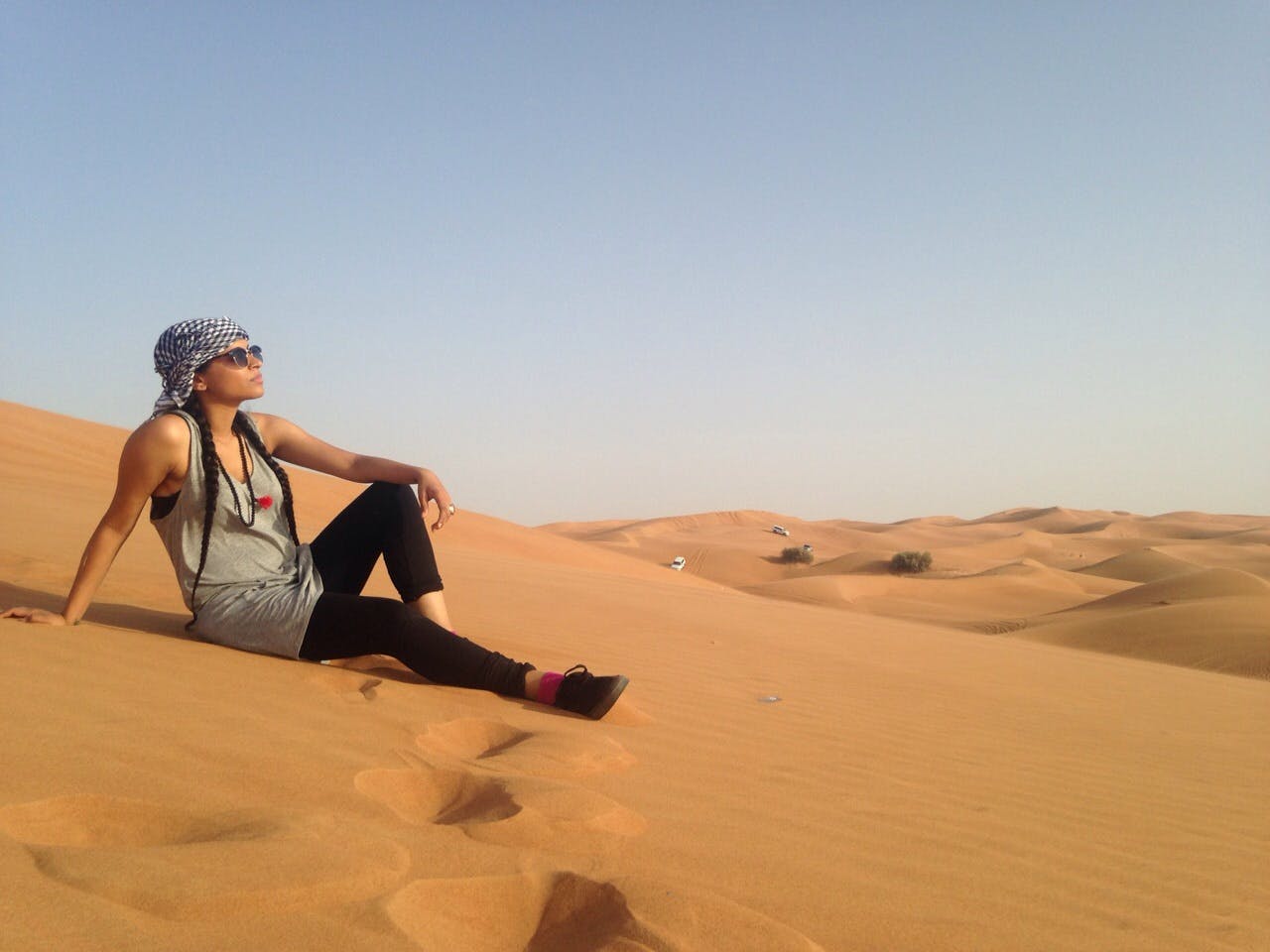 A Trip to Unicorn Island

OK, so there are other people who earn as much as she does but still live at home. And there are even more who tailor their act to appeal to a young audience. But there is just something about the way in which various facets of Singh’s supposed life are accentuated to make her relatable to those so much younger than herself. She has problems with her parents. Just like me! She has too much homework. Just like me! Trouble with boyzzzz. Just like me :-( !

I don’t know if it is all a cynical project to provide content to an ever-replenishing demographic but—thankfully, considering the alternative—A Trip to Unicorn Island seems to suggest that it is. No one, you see, who actually gave a thought for their fans would let them pay for such a tedious piece of self-aggrandizement.

Unicorn Island is ostensibly a tour documentary, following Singh as she takes her live show internationally. But in reality it is a platform for her and others, both friends and fans, to relay just how hard she works and just how inspirational she is. Throughout, tweets and video comments constantly pop up on the screen reminding us just how funny we should be finding her (“CANT STOP LAUGHING. BEST.VIDEO. EVER”).

“We don’t just work 9 to 5. We work wake to sleep,” her collaborator Honest the Poet tells us. “I would go to the edge of insanity to succeed at what I do,” Singh portentously claims.

And to be fair, in preparation for the live show, they do look like they work reasonably hard. But then so you would if you left everything to the last minute like she seems to have. The day before they are set to leave, most of the performers don’t have visas or costumes, dance routines aren’t down, and she hasn’t gotten anyone to create an animated version of her “happy place,” Unicorn Island, which sounds—she describes it as looking “like Willy Wonka’s Chocolate Factory plus Wonderland with Miley Cyrus’s brain, all sitting on top of a rainbow eating Skittles”—like it was formulated in a focus group of the world’s most basic 9-year-old girls. 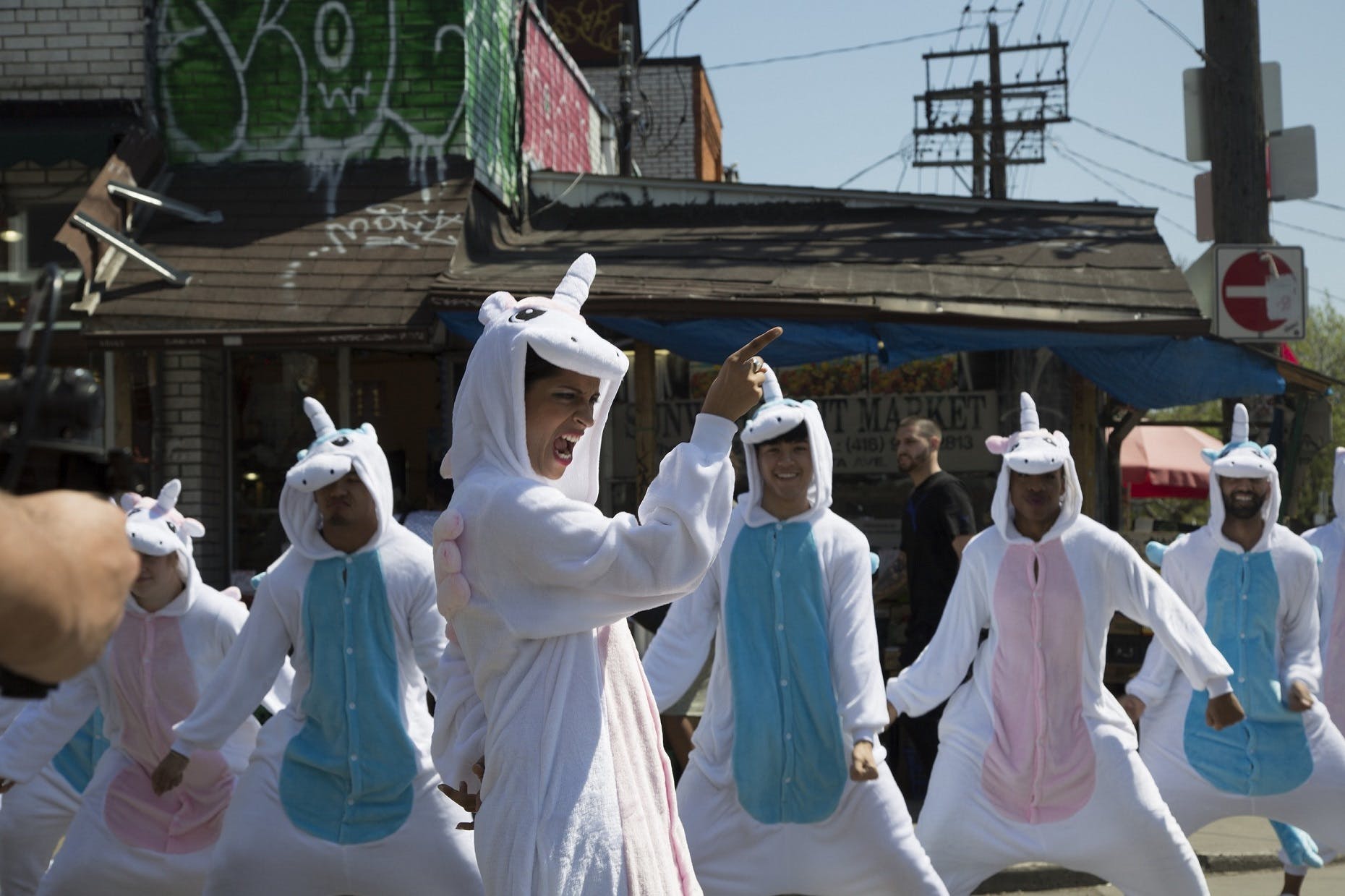 A Trip to Unicorn Island

But we never really see the animation. Nor, for that matter, much of the show at all (are we going to be sold that separately?). We see a lot of reaction shots and plenty of footage of Singh taking selfies in various cities. Yet we have to go to shaky, handheld video from the dress circle on YouTube to wonder just why kids in London are paying £25 to watch someone dance and lip-sync to “Happy” at a standard that recalls the variety performance on the overnight Hull to Rotterdam car ferry.

It all looks as cobbled together as the documentary suggests it might, with a prevailing attitude being that, as all the dates are sold out, the tour is a success before it has even started. It’s a short-term fix, an arrogant sort of perspective that will put you out of business before long. Sure, next time she comes through your town, a whole new group of kids will be clambering for tickets or asking to sign up for YouTube Red, but they’ll meet resistance from the same parents who had to accompany their older sisters last time.

Dance Camp, on the other hand actually grants us permission to see some dancing. Indeed the structure of the plot—based around a head-to-head competition, a sort of Bloodsport of teen team dance—necessitates it. And it’s fun—even pretty funny in spots. The cast is loaded with “digital stars,” the most notable being Megan “MayBaby” D’Angelis and Jake Paul, who is engaging as the ’80s-style bully. But the production is smart enough to cast an actor, Nadji Jeter, in the lead, meaning that when the film needs to get away from the dance and hamminess and wants to make a point, there is someone with the chops to carry it. 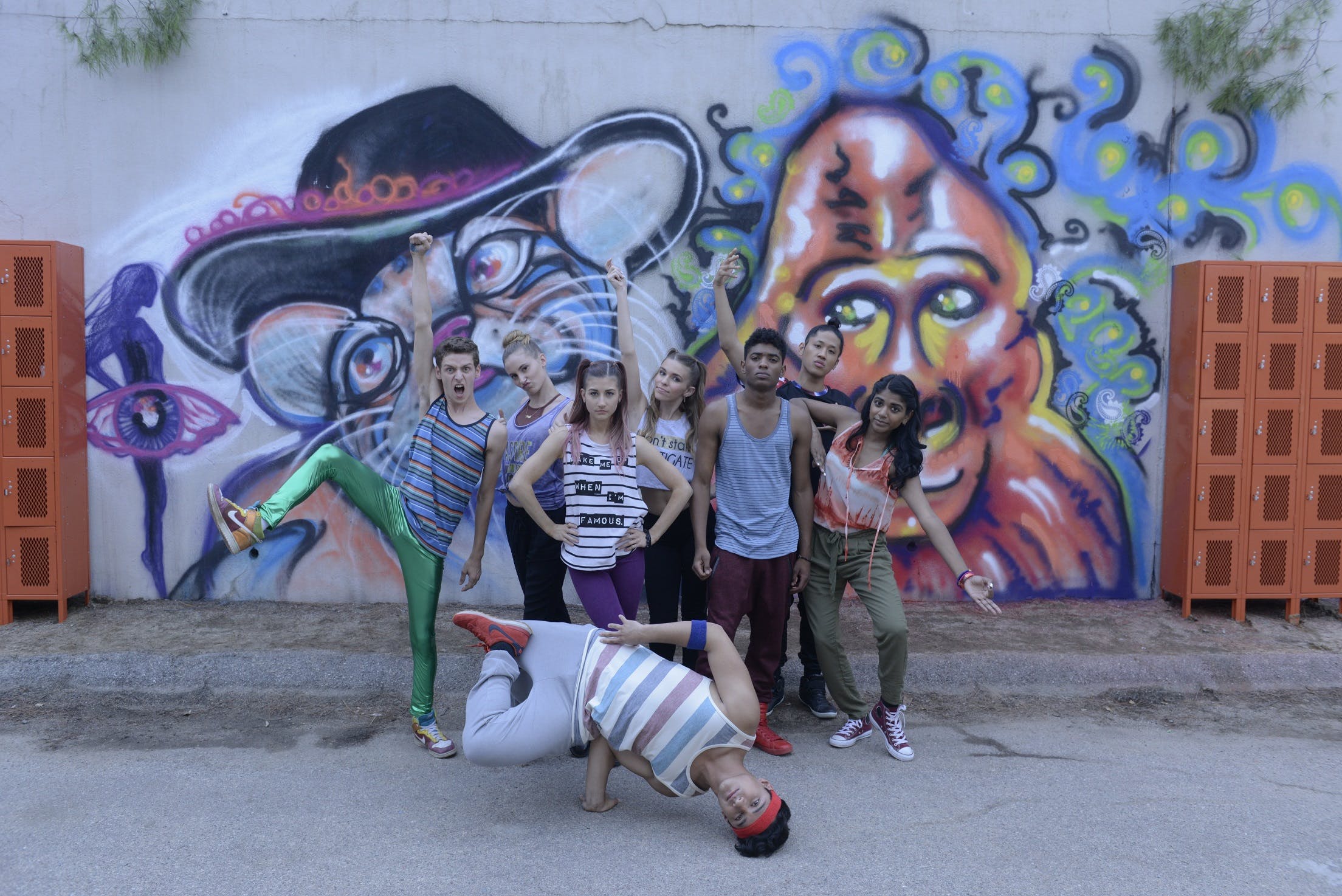 But, fun as it is, Dance Camp has the same problem that plagued the early original programming from other online suppliers. Namely, that when compared to their counterparts on network or cable, they just look cheap. Sets look flimsy, lighting is odd in parts and casting could be more thorough. It’s natural that this is the case—no one wants to sink too much of their budget on something that may fail—but it makes for a slow start. There is charm, sure, and there may be some that get a kick out of watching their favorite vloggers act, but it positions YouTube Red as the cut-price Nickelodeon. High School Musical is a ways off.