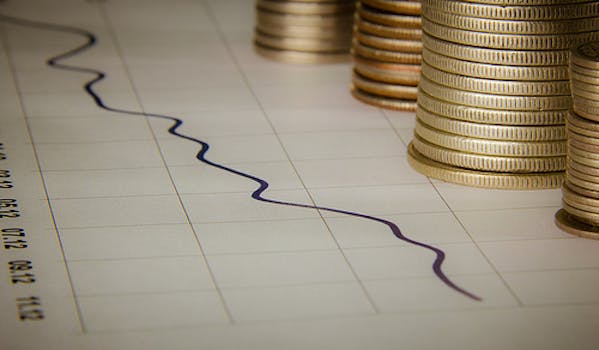 Last November, Google invested $100 million in premium content channels on YouTube. Six months into the experiment, there are already clear winners and losers.

More than six months have passed since Google started rolling out its million dollar YouTube investment into celebrity and premium content channels.

Just how well are those special YouTube channels—the ones that are supposed to rival television and Hulu—doing, anyway?

For those not up-to-date on their Google investments into YouTube, in this $100 million investment Google partnered with smaller media companies in order to get celebrities like Madonna, Tony Hawk and Deepak Chopra to regularly produce content for YouTube. Starting last November and ongoing until July, Google plans to launch 100 carefully selected top YouTubers and random celebrity channels as premium content.

As can be expected with any investment described by many as “risky,” some YouTube channels have seen phenomenal growth, while others are struggling or have shockingly poor viewcount numbers.

DeFranco’s overwhelming success is not surprising given his large fanbase and winning news and commentary formula. His fanbase is a result of years on the Web, so it makes sense he would have an edge over Hollywood celebrities on the social media platform that is YouTube.

Established YouTubers selected by Google for premium content channels have all faired well. Ryan Higa’s You Offend Me You Offend My Family channel soared from a 95 ranking to 9 in one week. Beauty guru queen Michelle Phan’s women-centric channel, FAWN Inc, has steadily climbed the rankings for three straight weeks, and now averages almost 700,000 views a week, for a total of 6 million views since April.

“These are people who have been in the game a long time and know how to play it,” said William Hyde, a self-styled Web video journalist and analytics junkie, in a Skype interview.

The Warner Music group channel’s The Warner Sound is one of the fastest growing corporate channels, and its content could rival VEVO soon, if it continues getting 4 million views a week totalling 14 million to date. Wigs, a channel airing professional shorts starring Hollywood actresses like Julia Stiles, has racked up six million views, but other women-centric channels have not faired as well on the new medium.

Felicia Day’s Geek and Sundry and Chris Hardwick’s Nerdist have also steadily risen in rankings (both are in the top 15), but both mainstream Internet celebrities already had large active fan bases across various social media.

One of the premium channels doing the worst is Comedy Shaq, a YouTube channel featuring skits and oddities from retired basketball star Shaquille O’Neal. Comedy Shaq has received a paltry one million views in the seven months it’s been active, averaging 120,000 views a week.

Livestrong Woman, a health channel for women, has performed even worse than Comedy Shaq, and has yet to break into one million views since launching six months ago.

Hyde, who called some of the premium content channels’ numbers “embarrassing,” thinks the reason for their failure is the emphasis on niche audiences.

“Everyone has seen gaming and makeup take off on YouTube, so people think sports … but not every sub-interest is ready for YouTube time,” Hyde said. He predicts sports will be big in a couple of years.

“These channels needed the investment because the niche isn’t active yet,” Hyde added, “but if you build it they will come.”

So far Google’s main tactic has been to advertise its most mainstream shows on YouTube itself, which has only attracted the ire of the YouTube community. YouTubers are already watching the premium content they want to watch, like Phan’s, DeFranco’s, or Higa’s. In addition, YouTubers find the ads insulting, since they have no interest in watching a show about someone who isn’t “invested” in their YouTube community, Hyde ranted once in a video.

Maybe it’s time for some out-of-the-box thinking as far as advertising on Google’s part goes. A blimp, billboard, or print ad in a sports mag might reach the audience Comedy Shaq so desperately needs.

All data from VidstatsX via Deadline Hollywood