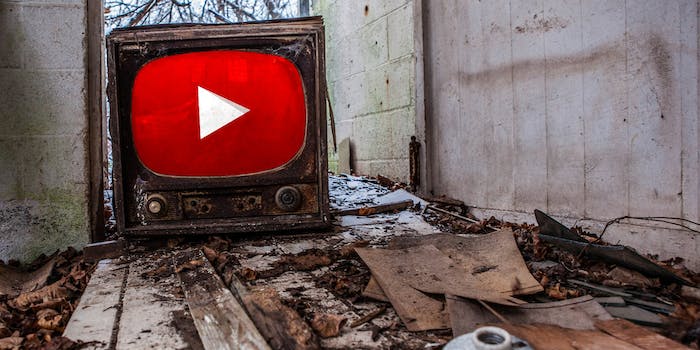 New report suggests content creators are hesitant to get on board.

For the past eight months, YouTube has teased its plan to launch a paid subscription service that would run adjacent to the ad-based model that makes up its bread-and-butter. That service is on its way, but according to a new report from The Information, YouTube has encountered a few hitches. The report cites contract-tied TV networks and reticent content creators as a pair of groups who are hesitating to get on board with YouTube’s ad-free plans.

YouTube’s subscription service would charge users a monthly fee in order to receive ad-free access to YouTube. While YouTube hasn’t yet set a price for this offering, it wants to get its network partners and top content creators on board with the idea, presumably so that it can offer a full slate of content to paying subscribers.

This task appears to have emerged as a thorn in YouTube’s side. The TV and digital media networks that control the highest level of premium video content on the Internet are in many cases limited by contracts that restrict certain programs to specific platforms (such as Hulu, Netflix, and Amazon Prime). YouTube, essentially a new player to the subscription video industry, needs to figure out how its ad-free offering would fit into this landscape.

As for the YouTube stars, The Information says they are worried about significantly hurting the ad revenue that makes up a significant portion of their respective incomes. Creators may also be wary of a recent change to YouTube’s terms that could allow the site to set channels to private (and prevent them from showing up in search) if their owners don’t agree to list their videos on the subscription-based service.

YouTube has often struggled to launch content behind paywalls. A collection of pay-to-view channels did not produce strong results, and the site’s Music Key service, which includes a paid tier, is still in beta after encountering yet another delay. YouTube is believed to be planning a 2015 launch for its sitewide paid subscription service. Will it be able to hit that timeframe? With the recent report in mind, it’s easy to have doubts.

Photo via Anthony Quintano/Flickr (CC BY 2.0) | Remix by Max Fleishman