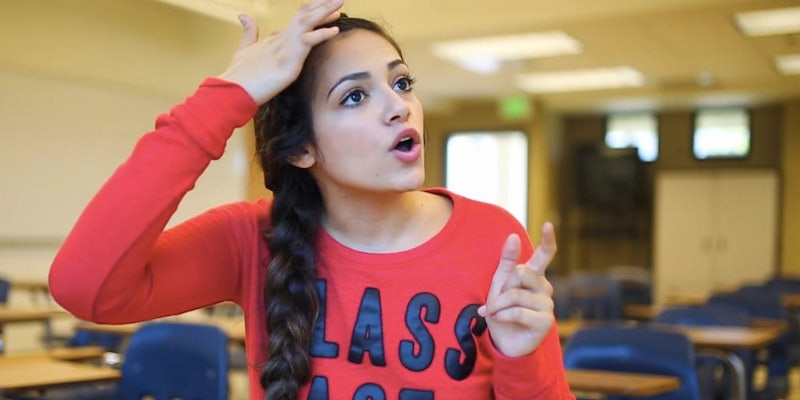 YouTube has said it may also pair its celebrities with Hollywood stars to up their "commercial viability."

In an announcement made on its official blog, the mega portal for all things video has once again opened up its checkbook in an attempt to cultivate original programming. With competition from Amazon, Netflix, Starz, Hulu, and others, the market for original Web programming has become a white-hot seller’s market, and YouTube hopes its deep pockets will provide an advantage in what could become a bidding war for talent.

“Now, we feel the time is right to make another important investment in our creators,” Alex Carloss, head of YouTube Originals, wrote on the blog. “That’s why we’ve decided to fund new content from some of our top creators, helping them not only fulfill their creative ambitions but also deliver new material to their millions of fans on YouTube.”

To underscore its efforts, YouTube points to its successes in marketing Bethany Mota and the series Epic Rap Battles as cases in which its assistance helped turn these video sensations into household names.

In 2001, YouTube announced a plan in which it would spend more than $100 million to create content that would be served on the network to make it appear more like television. That would also translate to more advertising dollars as original content is more attractive to advertisers than shorter, more amateur, user-generated content. That plan to seed the content cloud never gained traction, though.

YouTube now says it will provide its top talent with production financing and, in some cases, pair its celebs with Hollywood talent to add more commercial viability (read: advertising opportunities) to their creations. YouTube also is looking to create content that can be distributed through other channels including television. Google’s new Android TV platform, announced at its June I/O conference, will be available through consumer electronics partners in either late 2014 or early 2015 and would be a natural distribution point for upgraded YouTube content.

Beyond the race for original programming, at issue for YouTube is its inconsistent revenue-sharing scheme. Reports vary wildly about revenue sharing between YouTube and its content partners, but in general it comes in close to a 45-55 split in favor of the distributor. Other distributors, such as Vimeo, have a far more favorable economic model, keeping only 10 percent of the money from its video on demand channel. Netlfix and Hulu generally purchase the rights for content for a flat fee. Amazon Studios follows a film-industry model in which it will put up funds for any project it greenlights and then share profits beyond a set revenue threshold.