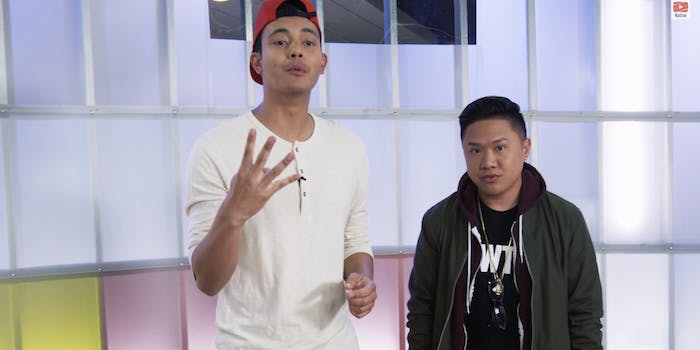 ‘YouTube Nation’ will air its final episode this week

YouTube and DreamWorks ultimately decided to spend their resources elsewhere.

At the beginning of 2014, YouTube and DreamWorks began an experiment in news programming by announcing YouTube Nation, a daily webseries that spotlighted a combination of trending and under-the-radar videos from its titular site. Now, YouTube’s one-year partnership with DreamWorks one the project is set to expire, and the two companies have decided not to renew YouTube Nation. As a result, the Dec. 5 episode of the show will be its last.

YouTube Nation was conceived as a kind of Epic Fu reincarnate and means through which YouTube could offer support to its creative community. Each episode was featured on the YouTube Spotlight page, which gave the series exposure to more than 22 million subscribers. This exposure allowed YouTube Nation to rack up many subscribers of its own (one million in its first four months and more than two million to date) and a substantial amount of views (more than 54 million to date, with tens of thousands of views per daily installment).

As the channel grew, it expanded beyond its basic news format. For instance, a recent episode featured Timothy DeLaGhetto as he attempted to learn how to dance like a K-pop star:

Despite YouTube Nation‘s relative success (the aforementioned subscriber counts and views are not too shabby), YouTube and DreamWorks ultimately decided to spend their resources elsewhere.

The online video landscape has changed since the January 2014 launch of YouTube Nation and both parties involved in the program have embarked upon new initiatives to support their goals in the online video space. YouTube Nation, it seems, was deemed less impactful than the other avenues through which YouTube has begun to support its creators, including its YouTube Spaces and its creator-focused print, television, and massive billboard advertising campaigns. DreamWorks, on the other hand, is most likely more interested in devoting resources towards building AwesomenessTV (which it wholly owns and is rapidly expanding) and its nearly six-month-old DreamWorksTV channel.

“We want thank the team at YouTube Nation for working so hard over the last year to bring fans an in-depth look at the amazing breadth of creators on YouTube. We are always looking at ways to spotlight our creator community, and plan to focus our efforts around other initiatives, including our global advertising campaigns and YouTube Originals.”

If you’ve enjoyed the past year of YouTube Nation, tune in on Friday to send the series off. And for viewers who wish to relive old episodes, the show’s official channel will remain accessible to the public.