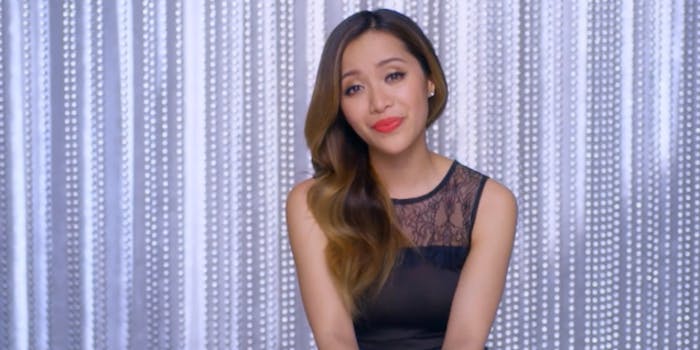 The YouTube Creator Stories series offers data points, but what else?

My first encounter with Michelle Phan came after having spent a productive morning navigating the hypnotic wormhole that is YouTube zit porn—in particular the frankly horrifying work of Vikram Yadav. Feeling desperately unclean and concerned as to the health of my skin, I clicked on a link for Phan’s tutorial on making your own pore strips. But her proposed remedy was completely useless; the concoction of microwave-heated milk and gelatin had no effect other than to give my apartment the putrid aroma perhaps more reminiscent of the premises of Mr. Yadav.

Such questionable advice (from an admittedly very small sample of her output), drove me away, but I could well be the only one. Phan’s YouTube channel now has 6.4 million total subscribers and an average of 2.9 million views for each of her videos of beauty and fashion tips.

These are impressive figures, which have literally made her a YouTube poster girl. Now, Think With Google is featuring her success story, along with fellow stars Rosanna Pansino and Bethany Mota, in the YouTube Creator Stories series.

As an inspirational treatise for would-be Web moguls, the series goes down the self-help route, offering revelations of the “duh” variety—people like consistent uploads and enjoy fan interactivity, for example. It can apparently also be advantageous to release certain videos at particular times or when a topic is trending, evidenced by her Halloween-themed videos spiking in popularity in October.

It all sounds so easy, but is it? Phan’s success is clearly exceptional and it feels as though Google is holding out on us a little. While no doubt Phan has been savvy in creating and growing her channel, the real reasons for her success are the same reasons that she, Pansino, and Mota have been chosen to feature in TV ads and handpicked for this series of case studies in the first place.

That all three women featured are undeniably talented, naturally engaging, and attractive isn’t really of any interest to Google. It’s just not the inspirational directive needed for this series. No one wants to hear that for them success is impossible, when a few obvious pointers are much more palatable. The whole purpose of an initiative like this and YouTube’s Creator Academy is to maximize activity and engagement with the site.

Who cares, right? Well, I think Google should. It’s already hard enough to navigate YouTube’s detritus to find channels worth following without one hundred new pretenders trying to de-gunk your skin. While it’s great that they are championing their top talent, by making their success look easy, they are just devaluing their biggest asset.