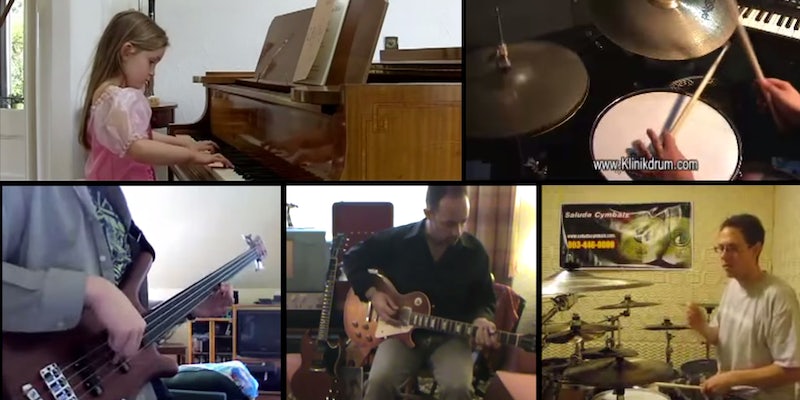 YouTuber edits 23 videos of amateur musicians into a masterpiece

You've got to give it up.

There are millions upon millions of videos of people singing and playing a variety of instruments on YouTube, but most of them on their own aren’t that interesting. YouTube user Kutiman decided to remedy that issue, crafting a masterpiece in the process.

Using 23 videos from random YouTubers playing instruments including drums, keyboards, guitars, saxophones, and even two cellos, Kutiman formulated a song that will astound you. Kutiman somehow manages to incorporate all of the players, from a six-year-old girl apparently practicing for a piano recital, to a guy busting out a guitar solo at the end.