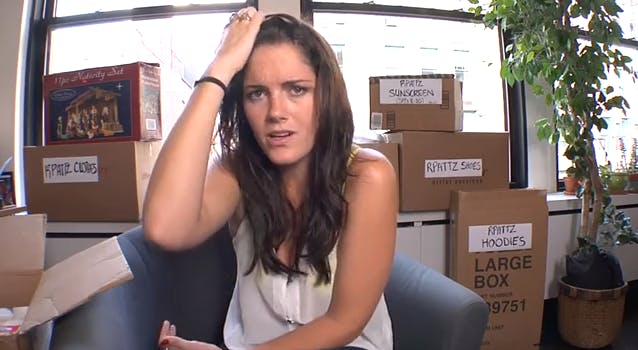 Over a week of silence—and one viral fan video—later, Kristen Stewart is finally responding to the cheating allegations that turned the Twilight fandom upside down last week.

Or at least actress and comedian Laura McDonald is.

McDonald channels the Twilight actress in Barely Political’s latest spoof by Mark Douglas and Bryan Olsen. It’s a webcam confessional that finds McDonald, as Stewart, explaining to boyfriend Robert Pattinson why she cheated on him with Snow White and the Huntsman director Rupert Sanders while movers take Pattinson’s possessions out of the house they shared together.

“I have a really good explanation for why we did it,” Stewart stammers.

“And he said that Martin Scorz did the same thing with Goodfellas, which is why the ‘Fellas are so good,” she said.

McDonald’s impersonation of Stewart is uncanny as she explains, to the amusement of the movers, how everyone wanted her to have sex with Sanders and that he’s even suffering from a rare disease called “Boneritis.”