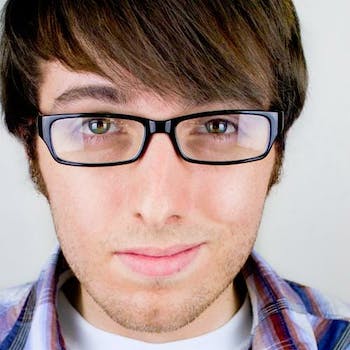 Pop-culture commentator Kaleb Nation, a YouTuber since 2007, is set to star in his own television show.

“[I]T’s the biggest news I’ve ever had in my entire life,” Nation said in a vlog on Oct. 13. “I still don’t believe what’s happened over the last few weeks.”

Those are marquee names, especially for a YouTuber.

“I think the first thing out of my mouth was ‘Are you serious?’” Nation said in his vlog.

Nation’s videos have been viewed more than 29 million times — not the most popular YouTuber by a long shot, but perhaps one with the most universal appeal. Nation is a young adult author, after all.

According to the press release, the show “will follow Kaleb Nation, as he develops … parodies, music videos, and pop culture commentary.” Basically, stuff Nation already does on YouTube, except now for mainstream audiences.

Guest stars on Kaleb’s Nation will include other YouTube mega-personalities and even Hollywood celebrities.

“I find Kaleb to be a fascinating and highly entertaining piece of talent,” stated Morgan in the press announcement. “This is more than a TV show. Kaleb is a brand in and unto himself, and I am happy to be working with someone who has his finger on the pulse of current pop culture.”

That much has been obvious to Nation’s 72,000-plus YouTube subscribers.

There are numerous YouTubers with million-strong fan bases, but not many have made the leap to mainstream entertainment. Those that have crossed over have mostly been scooped up by the children’s TV channel Nickelodeon (Ryan Higa guest-starred in an episode of Supah Ninjas), or by the Independent Film Channel, as in Rhett and Link’s show “Commercial Kings.”

While the air date and channel for the show have yet to be announced (filming begins next month), Nation’s jump from YouTube to Hollywood proves that a successful YouTube channel can lead to a television network program.