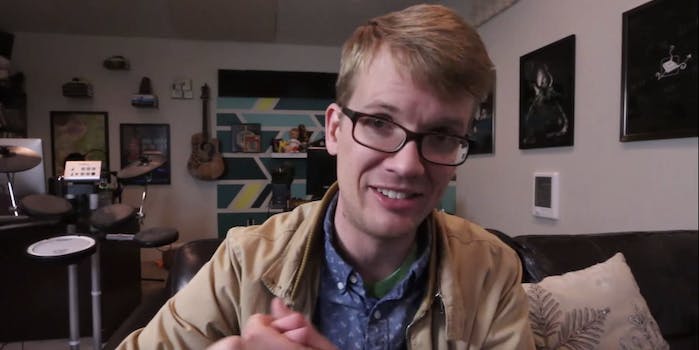 Hank Green is the YouTuber behind it all.

YouTube star Hank Green, who established the popular vlogbrothers channel with his brother, John, in 2007—as well as VidCon, the world’s largest online video convention, in 2010—will launch this month a nonprofit organization called the Internet Creators Guild (ICG), which aims to be a resource and support system for digital influencers.

ICG will provide creators with business and contracts advice and will interact with the press and video platforms on their behalf, according to Fast Company, which was first to report the news. The organization will be funded by a $50,000 grant from VidCon, as well as membership dues, which will be priced at $60 per year.

Its first order of business will be creating a website that includes basic information about how to deal with copyright strikes, when to ban commenters, how to use copyrighted music, and how to best collaborate with brands and MCNs.

Laura Chernikoff, who has worked with the Green brothers for years and currently serves as the guest manager at VidCon, will leave the company after next week’s gathering to serve full-time as the executive director of ICG. While Green won’t work directly with ICG day-to-day, he will serve on a separate advisory board with fellow creators Burnie Burns, Akilah Hughes, Casey Neistat, and Louise Pentland.

Helming the organization alongside Chernikoff will be a board of directors comprising six bold-faced YouTube stars, including: filmmaker Anna Akana, gaming creators Satchell Drakes and Aureylian, vloggers Ashley Mardell and Olan Rogers, and beauty guru Wendy Ayche. Entertainment lawyer Jonathan Katz will serve on the board of directors as well.

“There are lots of organizations that, among the interests they have, is supporting creators, but no organization with that sole interest,” Green told Fast Company of the need for such an entity within the space. “I think that YouTube and Facebook would benefit from having the people who are professionally creating on the platforms to have a good way to communicate their desires and their problems. I see it as information sharing.”

“Quite often, creators don’t know what should be a standard rate, fair contract, or even best behaviors and practices,” added Akana.

YouTube, which will not have a formal relationship with ICG, nevertheless applauded the concept.

“We’ve long admired [Hank and John Green’s] willingness to stand up for what they believe in, driving thoughtful discussions around the opportunities and challenges facing creators in this rapidly evolving ecosystem,” Sebastien Missoffe, YouTube’s VP of operations, told Fast Company in a statement.