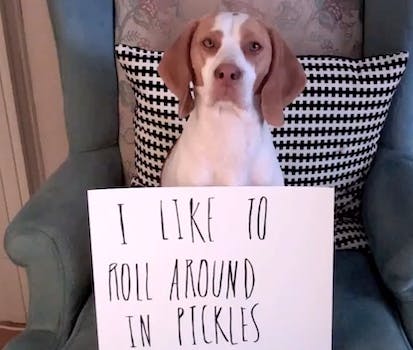 No, this dog didn’t roll around in the mud or eat their own poop and drag it back inside. Instead, Maymo the lemon beagle is guilty of hoarding all the spring water and breaking a slinky while he was trying to wear it as a headband. He’s got a sneaker-sniffing addiction, and the whole world has to know about it.

A mob boss could not have asked any two less prepared henchmen to handle a kidnapping job.

Excited to see Martin McDonagh’s Seven Psychopaths when it hits silver screens across the country next month? Wait until you get a load of Seven PsychoCATS, a witty remake starring some truly felonious felines.

Eran Amir wanted to create a black and white video but didn’t want to use After Effects or any other form of color correction. So he painted his entire living room different shades of grey and pressed record.

Filmmaker Cyrus Dolatshahi wanted to expose the world to a side of his native country that few saw and even fewer could envision, so he took his camera to the cities of Tehran, Kermanshah, and Hamadan and started filming. What he shows is a nation filled with commerce, pride, art, and smiling faces.