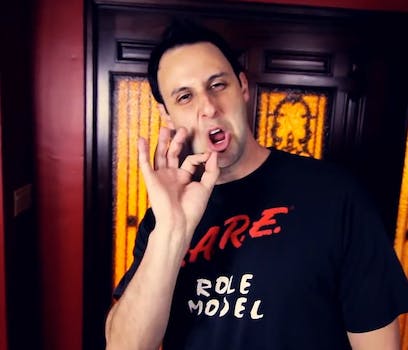 Macklemore & Ryan Lewis’s “Thrift Shop” is currently burning up the Billboard charts, which means it’s time to roll in the parody clips. Introducing “Pot Shop,” the newest ode to marijuana from the Miami-based comedian Steve Berke. Bonus points to Berke for the Sexy Sax Man cameo.

Zach Anner and the boys make their way through the charming town of Savannah, Ga., where they meet up with an art student named Brandyn and learn about the true meaning of good old southern comfort food.

Comedian Rick Glassman has been a member of the SAG and AFTRA since before the two guilds even merged. But he’s still having trouble finding legitimate work. Kind of hard to believe, right?

Everything you’ve ever wanted to know about YouTube’s provocative Awkward Black Girl boiled down into a 14-minute mini-documentary.

What did you do to ring in the New Year? Toby Turner and his buddy Jacob were cruising the mean streets of Hawaii, wearing visors and sipping on pink drinks. Sound tough? Wait until you hear the two rap about it.