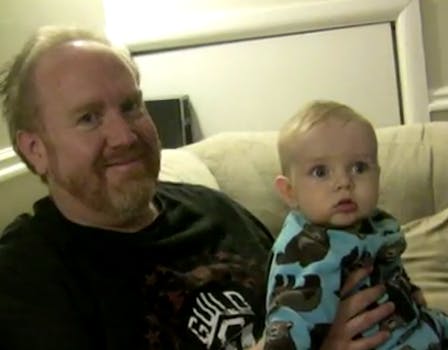 YouTube Guide: “Let It Be (Beatles Cover for Noah Massé)”

Mike Massé records a Beatles cover to raise money for his son, Noah, who was recently diagnosed with a malignant brain tumor. Plus: Annoying Orange gets animated and Ralph Wiggum gets his own supercut.

Recorded last week, Mike Massé’s cover of the Beatles’ “Let It Be” is a tribute to his son Noah, who was diagnosed with a malignant brain tumor July 5.

In addition to YouTube, where the song has been watched over 120,000 times, Massé has made the recording available at Covercrows, where he’s accepting donations through PayPal. Any money raised from the song will go directly towards “getting Noah the best care possible, as well as helping keep our family afloat while we focus on little Noah’s treatment and comfort.”

Enjoying a nice second life is this supercut compilation of The Simpsons village idiot Ralph Wiggum acting in a way that only village idiots can. The video, which pulls highlights from the show’s first 13 seasons, was uploaded back in Sept. 2010 and has come back into rotation unexpectedly (likely because everything Ralph Wiggum stays is sidesplittingly hilarious).

It’s been nearly three years since the series premiere of pioneering YouTube Web series The Annoying Orange. In that time, the show has gone from a bunch of pieces of fruit sitting around a counter to getting featured as an original series on the Cartoon Network. This week, Boedigheimer relives the glory days by animating the very first episode of The Annoying Orange. New look, same annoying.

The Lord of the Rings: epic trilogy, legendary tale, 522 minutes in length. For those who lack the time to sit down with Gandalf and Frodo and the rest of the Fellowship, there’s Jon Cozart, who’s kindly broken the lengthy saga down to 99 seconds of story. Jon Cozart, we thank you.

Remember those old magicians who could catch a shot bullet in the palms of their hands? Justin Willman wants to put a modern spin on the trick. Strapped with two a beat up convertible, paintball gun, and a steady handed girl named Arielle, Willman shows viewers what it takes to catch a bullet with the hand.