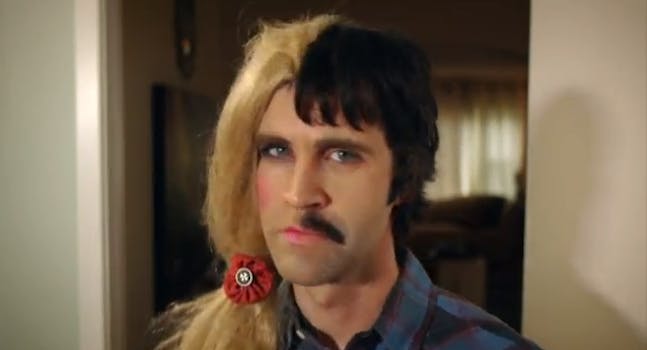 Movember is over, and it's time to shave. Let Rhett & Link show you the proper way to clear off your upper lip.

Movember is nearly at an end, so it’s time to decide whether you want to keep this above-the-waist form of masculinity. But if you are ready to part with your “mouth caterpillar,” just remember to be gentle and hold a traditional Viking funeral in your regret.

2) PandoDaily, “All 485 Apple commercials in less than 4 minutes”

It would take a lot of time to watch 485 Apple TV spots, so PandoDaily put them all together in one supercut covering everything from the early spots, to the Mac vs. PC battle, to the rest of the Apple family. Plus, Jeff Goldblum finally answers one of Zooey Deschanel’s more blatantly obvious questions to Siri.

Nobody ever noticed the portraits with moving eyes in Scooby Doo, but instead of remodeling your home, you can make your own with a framed picture and about $1,300 worth of Apple products.

NBA player DeAndre Jordan decides to scare the crap out of people by jumping in front of them on the streets of Venice Beach with a creepy horse mask, and they are naturally freaked out.

Thrash Lab travels to the National Beard and Moustache Championships in Las Vegas, where many of the contestants show off their impressive (and often gravity-defying) facial hair for the cameras.