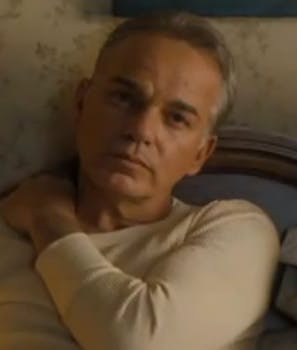 YouTuber Dane Boaz put together a supercut of Jay Leno cameos in movies and TV shows, and discovered that the late night host only turns up in sad scenes. Plus: DeStorm is "Blackman" and a camel escapes near Dubai.

Jay Leno: cheeseball comedian, avid car collector, inciter of sad faces—at least in movies and television. In April, YouTuber Dane Boaz picked up on Hollywood’s trend of inserting Jay Leno monologues into the middle of sad scenes and created this supercut for a filmmaking contest at work.

“The video came about while I was working on a Tumblr page cataloguing every film Jay Leno made a cameo appearance in as himself,” Boaz told the Daily Dot. “The function is to lend the fictional world of film a bit of credibility and establish the protagonist as important and newsworthy, and worth our attention.”

Sub out Batman for Blackman and what do you get? A brother in a bat suit who’s forgotten to pay his electricity bill. That’s the way that YouTube rap stud DeStorm sees it, anyway. His parody trailer may be just the thing to keep this franchise moving.

It’s a modern day version of Crockett and Tubbs. Sprinkles and Booker, Steve Greene and a black puppet. Together, they’re working to bring down notorious drug dealer Rico Muerta, but they’ve got to get themselves on the same page first.

4) eQuibbly.com, “A Job Worth Complaining About”

Think you’ve got it bad? This guy’s been up and at work since 6:30am, with no labor associations, no free weekends, no set schedule—no nothing. His muscles are numb. His patience is tired. He says one day that he’ll “quit this nightmare,” but until then, dude’s stuck with massaging models in bikinis. The horror!

Here’s something you’ve surely never seen in person before: a one-humped camel skirting down the freeway like its a deer running through a country road. As documentarian Peter Lee attests, “Only in Dubai.”