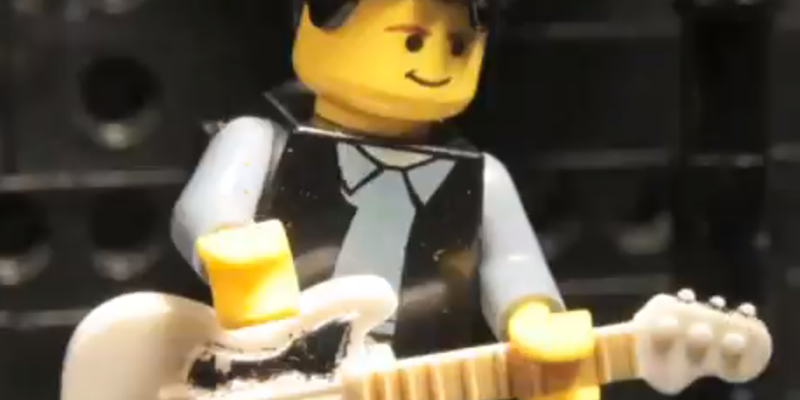 A 17-year-old in Canada took “some Lego bricks, a camera, and several hundred hours” to create a high octane concert music video for Foster the People’s “Houdini.”

“Special thanks goes out to my friends and family for supporting me along the way and being awesome in general,” he wrote. “You guys rock.”

2) Daymon Patterson, “Daym Drops in on The Gregory Brothers”

Back from his trip to Utah, where he stepped into Sammy’s for his first in-restaurant review, YouTube fast food foodie Daymon Patterson stops by the home and studio of the boys who made him famous: songwriting kingpins The Gregory Brothers. Daym goes under the hood and checks out what Michael did to make “Oh My Dayum” so popular. Plus, a little ping pong.

Ever walked inside a Whole Foods and wondered where to find the Mr. Paul’s Fish Balls? Or what about the rasta pasta? The high sodium daddy butter? Beef Newtons? Greg and Miles from Mediocre Films wrote each other’s grocery lists and went to town, asking Whole Foods employees where they could find each and every item.

When Harry Met Sally would have turned out a great deal different from the way it did had Harry been a deranged stalker after the heart of a married woman who was pregnant with her first child, huh?

Songwriter Jonathan Mann builds his Song-a-Day streak to day 1365 (that’s almost four years!) with this duet he recorded with a one flip Siri.