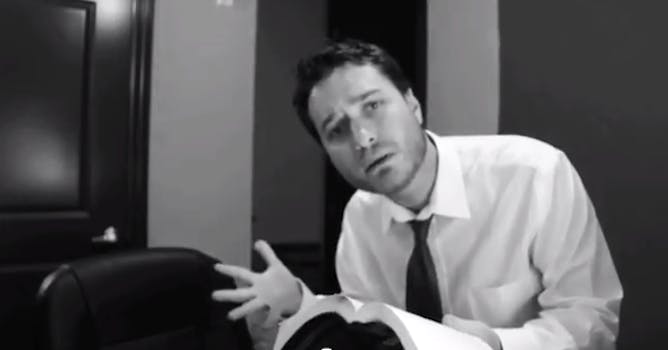 Ever wanted to hear your favorite celebrity butcher Fifty Shades of Grey but never got the chance? Brock Baker has 50 impressions of celebrities and cartoon characters up his sleeve, each with their signature quirk added in to make it their own.

Whatever you might think of The Big Bang Theory, the cast certainly does have an excellent sense of humor. While they filmed a scene for the show, the production team pulled out an oldie (in Internet terms) and started a flash mob to “Call Me Maybe.” Naturally, the cast soon joined in on the fun.

Princess Leia is a very peculiar girl. In the latest Disney/Star Wars spoof to hit the Web, Leia takes the place of Belle in Beauty and the Beast as various Disney characters sing of her oddities in a parody of the opening song. One scruffy nerf-herder’s cockiness suits him to stand in for one particular Disney villain.

4) Quirkology, “How Predictable Are You?”

Richard Wiseman claims that he can predict which picture you will choose out of nine. You can’t move diagonally, but every other option is still fair game as Wiseman removes the places you wouldn’t have picked one by one.

Whenever we mess something up on our computer we get an error message, so why not apply it to real life? Whether you’re missing your keys, didn’t zipper up or looking for food in the fridge after you just checked it, these error messages will get you through your day.