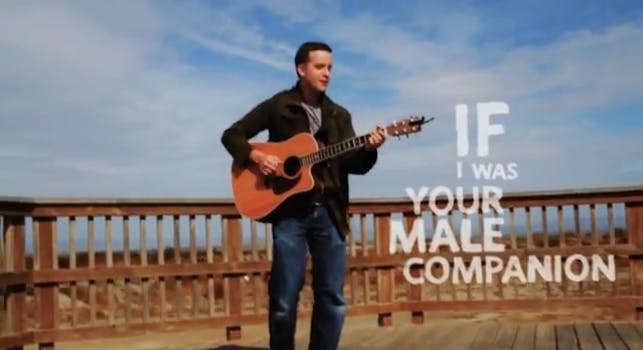 OkaySamurai is back with extra-wordy versions of this year's hits, including "Call Me Maybe," "Gangnam Style" and "Somebody That I Used To Know."

Some of this year’s top pop songs (and viral hits) are given a wordier twist with the help of a thesaurus thanks to Dave “OkaySamurai” Warner’s annual Extraneous Lyrics mashup. It’s a mouthful, but you’ll be less likely to get it stuck in someone else’s head.

Liam Neeson isn’t the most polite conversationalist and always has to get the last word in an argument. Whether he’s adding a witty comment or about to kill you, he’ll always win.

The first rule of Fix-It Felix is you don’t talk about Fix-It Felix. Edward Norton’s character from Fight Club game jumps around the city and attends group therapy sessions as he follows the footsteps of Wreck-It Ralph with help from Tyler Durden and Marla Singer.

Armed with a hammer and plunger in first person shooter mode, Mario tries to save Princess Peach, but instead of from Bowser, it’s the zombie apocalypse. And Mario finds out the hard way that he’s essentially alone.

Last Christmas, Psy did the horse trot for you, but this year he might go somewhere else. Paolo Monti combined a one-hit wonder with one of the biggest hits of the year to create a mashup that clashes more than it flows together.