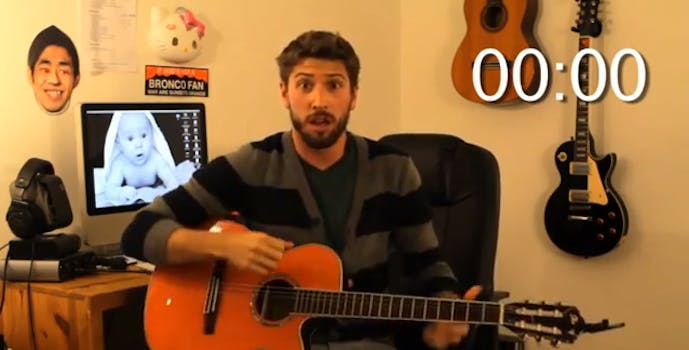 In just one minute, Chad Neidt manages to cover 19 different songs with the word "baby" in the lyrics.

In the span of just one minute, Chad Neidt manages to cover 19 different songs with the word “baby” in the lyrics and say the word 30.5 times. Can we find a different cutesy name to put in songs from now on?

Screen Junkies really didn’t want to do Inception, but the fans insisted. And as it turns out, the characters within the movie don’t even know what’s going on half the time in this version of The Matrix with creepy extras and unclear rules.

Combine Man of Steel with just about any other movie and it makes for an even better film. This time another superhero movie received the mashup treatment, and this time the Superman reboot is a family affair.

We must really think that something’s out to get us. Using clips from a plethora of disaster and science fiction films, Eclectic Method manages to put a remix on some of the most iconic monsters.

In their latest prank, the folks of LAHWF are wandering around Salt Lake in City Creek asking locals for directions, but they end up echoing everything the unsuspecting person says.