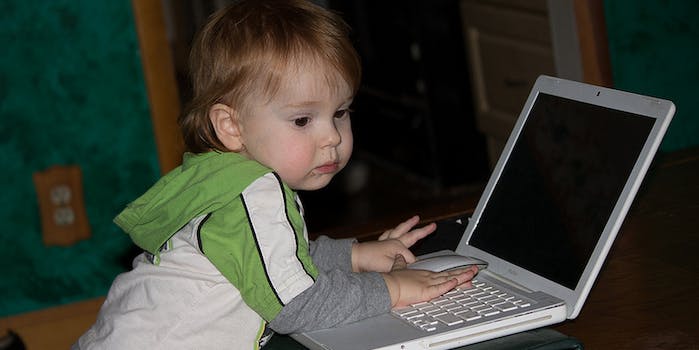 The YouTube Kids app made me feel 8 years old again

YouTube is fighting a losing battle to protect the youth from the Internet.

I don’t care what my mom tells you—I’m never having kids. But since the children of today will someday run my nursing home, I have a vested interest in their maturation.

Still, we can’t have them growing up too fast, which is why Google devised YouTube Kids, an app that allows parents to control what their kids watch online by setting time limits and customizing search features. I downloaded the (currently Android-only) software and dove in.

The first category of promoted offerings features shows and brands from both TV and the Web. There’s Sesame Street, Thomas & Friends, Jim Henson Family TV, and many more characters I didn’t recognize. I ended up watching a ten-minute segment starring a group of puppets called the FuZees, who taught me that eating too much junk food can have painful consequences. This may seem obvious to you, but truth be told, it’s a lesson I’m still learning.

Next I thumbed over to the “Music” tab, where a channel called “LittleBabyBum ®” caught my eye. Disappointingly, it was just hour-long medleys of grating classics like “Wheels on the Bus,” most of which I already know by heart. I was much more taken with “8 Hours of Mozart for Baby – Bedtime Music”—for the baby that prefers to DJ its own slumber.

The next category was “Learning,” and thankfully, PBS KIDS was the first suggestion. Less encouraging: the realization that this ever-reliable broadcaster was slotted beside TED Ed. Because you’re never too young to learn about how schools strangle creativity and video games will one day be better than real life, right?

Okay, so these TED videos are nowhere near as depressing. They’re just harmless (if high-minded) lessons about real things. If you can get your toddler to show an interest in the great Oxford comma debate, well, you’re probably doing something right.

Finally, I checked out something called “Explore,” an appeal to the creativity of youth. There are videos from LEGO and Play-Doh, tutorials on drawing and painting, and even a fashion channel devoted to “Cute Girls Hairstyles”—though it sometimes branches out into costumed fun.

Children will be pleased to note, however, that essential topics like “butts,” “farts,” and “student loan defaults” are well represented. 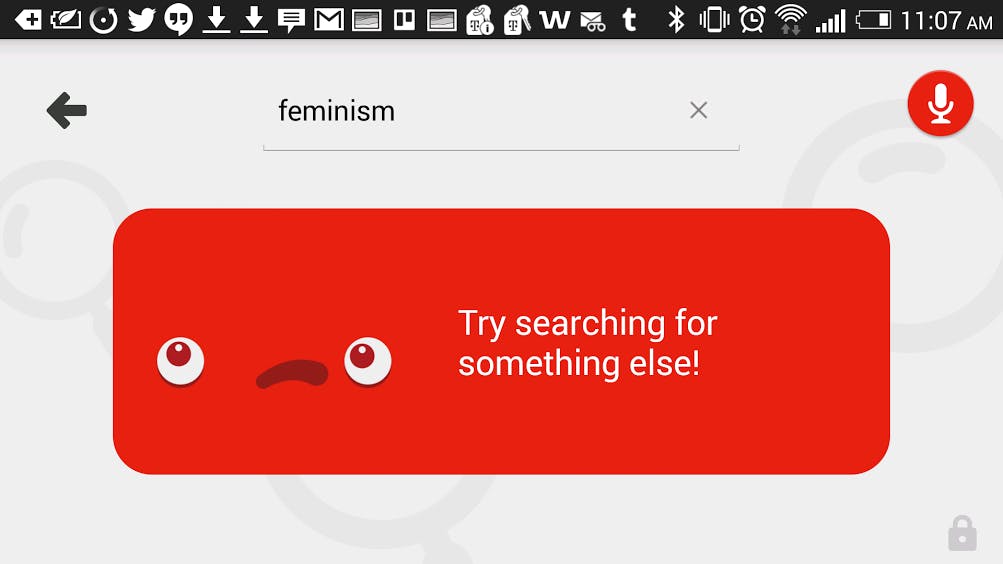 Sheer panic in those cartoon eyes.

Parents seem mostly jazzed about the app, though reviewers note that any kid old enough to read will have zero trouble getting around the password protection. There’s also a heck of a lot of ads in the app. And as carefully vetted as the content seems, some of it is just plain bad, ridiculous, or copyright-infringing. A gold star awaits anyone who can explain this mashup:

Anyway, have at it, children. You only have a few more years before the grown-up Internet is yours and no one can tell you otherwise! Trust us, you’re missing a lot of cool, horrifying garbage.