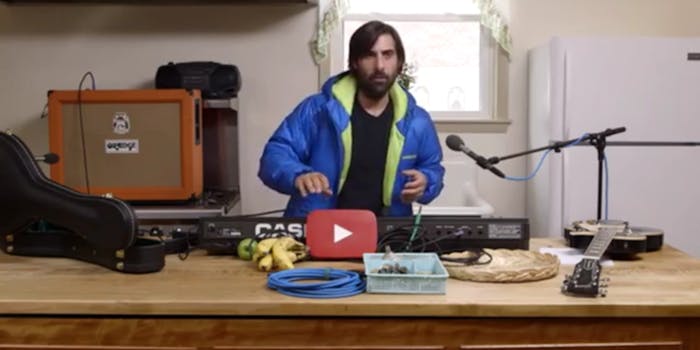 Capitalizing on the momentum of Geek Week and Comedy Week, YouTube just announced its first-ever music awards program on Nov. 3 at Pier 36 in New York City. It’ll be hosted by actor/musician Jason Schwartzman, who appears in a new promo for the awards.

The nominees will be announced on Oct. 17, and voting, which will be all crowdsourced, commences then on YouTube and other social media. There will be six categories, aimed at influential musicians who’ve broken out over the last year, like violinist Lindsey Stirling, and videos that have seen phenomenal views.

Lady Gaga, Eminem, and Arcade Fire headline the show; Spike Jonze will direct livestreamed performances throughout the night, so you can expect some creative synergy. Jonze says that “[i]nstead of bands performing to an audience on a stage, we’re going to have a warehouse with all these different sets and try to make live music videos throughout the night.”

There will also be preview shows in Seoul, Moscow, London, and Rio de Janeiro, all leading up to the Nov. 3 awards. YouTube’s likely looking to compete with MTV’s Video Music Awards, and as its influence and accessibility increases, especially with the youth vote, the company could change the conversation.