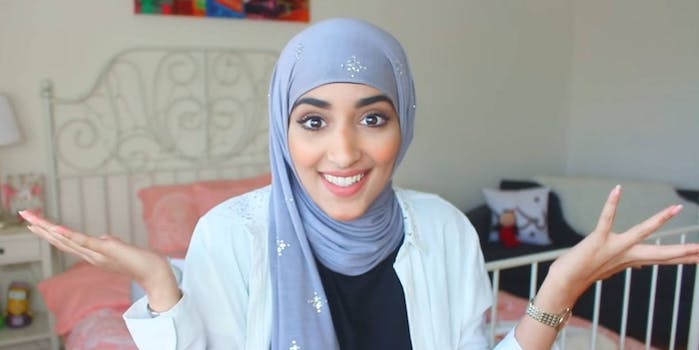 YouTube spotlights its 5 most influential creators—in the Middle East and North Africa.

In partnership with video analytics firm Tubular Labs, YouTube has shared some fascinating insights into a burgeoning community of female creators in Saudi Arabia.

The companies released this week a list of the five most influential channels in the region. According to the Tubular Influencer Score—which takes into account a creator’s reach, engagement, subscribers, and overall channel activity—the five biggest channels over the past 90 days are Njoud Al Shammari (pictured above), Asrar Aref, Amal Elmziryahi, Hessa Al Awad, and Al Juhara Sajer.

Google published Tubular’s findings on its Google Arabia Blog, noting that total YouTube watch time in Saudi Arabia—which has the highest watch time per capita globally—grew 50 percent between 2014 and 2015. To this end, last month, YouTube launched Batala, a channel dedicated to helping users discover the best female YouTube stars in the Middle East and North Africa. All five Saudi Arabian creators are featured on the channel.

All told, the five aforementioned creators have amassed more than 184 million YouTube views, writes Diana Baddar, head of YouTube partnerships in the Middle East and North Africa. And their videos are five times more engaging than the average YouTube video, according to Tubular Labs.

Al Shammari is a 21-year-old Saudi lifestyle and comedy vlogger with 890,000 subscribers; Aref’s channel, which is 505,000 subscribers strong, features travel, beauty tips, challenges, and recipe videos. Dubbed DramaQueen7373, she has never shown her face on camera. Elmziryahi is a Moroccan creator based in Saudi Arabia whose channel predominantly features Middle Eastern and Western dessert recipes, Al Awad is a beauty creator who has also never revealed her face, and Sajer’s videos comprise travel vlogs, family challenges, and self-help talks.

“I am not the same person I was five years ago, it changed me personally,” Sajer told Arab News of her online ventures. “I became more outspoken, courageous, and bolder, and more open-minded as I met a many people from different backgrounds. Now, I have bigger ideas.”