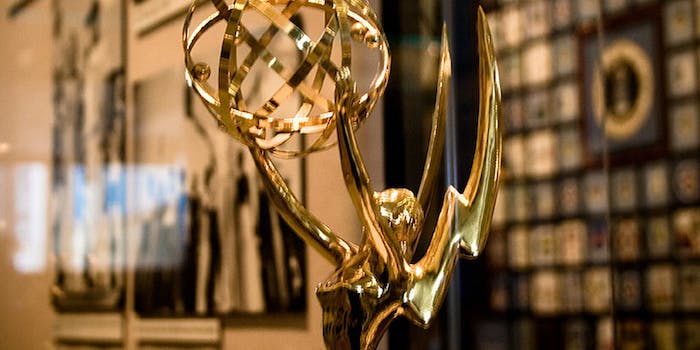 YouTube is winning an Emmy, but not for any GoPro videos

YouTube is one of the most popular websites in the world, and now the site’s cultural impact is being awarded with television’s highest honor.

The Google-owned company will be receiving one of five Technology and Engineering Emmys during a ceremony on Wednesday for creating a platform that is capable of processing the thousands of hours of video uploaded to the website every day.

This isn’t the first time programming on YouTube has won an Emmy, but it’s the first time the site itself is being awarded. The Fine Brothers‘ Kids React series won a Daytime Emmy in 2012 and The Lizzie Bennet Diaries received an Interactive Media Emmy at this year’s Creative Arts Emmy Awards.

“It’s great to receive acknowledgment on the Emmy,” Jason Gaedtke, director of engineering at YouTube, told CNET. “We’re often the guys behind the scenes, keeping the lights on and making sure things are running.”

About 100 hours of video are uploaded to YouTube every minute, according to Gaedtke.

YouTube is being awarded due to the technological achievements implemented in order to make video uploading a seamless process. Hydra is its media transcoding engine, Viper has made upload time for videos even faster, and ContentID flags videos with copyrighted material in them.

YouTube is becoming the Internet’s go-to place to watch the world’s biggest events (and even history in the making) live.

“These guys have changed what it means to watch video online,” Geoff Katz, a member of the primetime engineering Emmy Awards committee, said about YouTube. “It’s really an honor for the committee to be able to recognize that in such a big public form.”

Online video is continuing to make strides with the Emmys. Netflix won an engineering Emmy last year for streaming movies before winning three Emmys last month for the original series House of Cards, and Amazon has also won an engineering award.