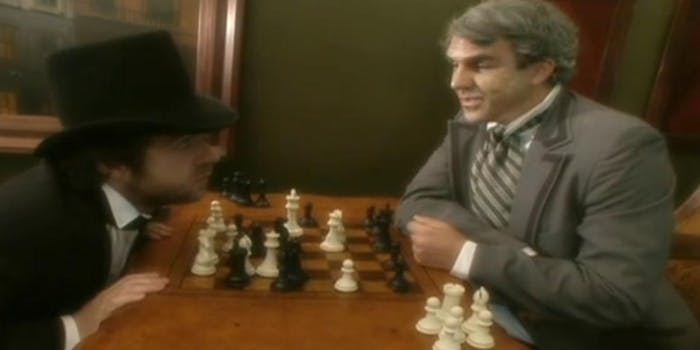 The show, which features drunken history lessons from celebrities, has been picked up for an 8-episode run.

Six years, six YouTube videos, and a lot of beer later, the comedic geniuses behind Drunk History are bringing their historical antics to Comedy Central.

The TV network has picked up the hit YouTube series for an eight-episode run debuting on July 9. Drunk History was created by Derek Waters and Jeremy Konner in December 2007 as a fun way to learn about historical events, like the rivalry between Nikola Tesla and Thomas Edison.

Nearly every Drunk History episode has been viewed more than a million times, and the show has featured comedians like Jack Black, Danny McBride, and Paul Schneider acting out scenes from history while a drunk Waters narrates.

“I’m working with people I look up to, in front of the camera and behind,” Waters told MaximumFun in 2009. “Everyone is there for fun, and wants to be there. With no money, it means you are doing it just ‘cause you love it. Very few things you get to work on are ones that everyone around you wants to be there. I only want to work on stuff like that. That’s my dream.”

The new Comedy Central show will be produced by Will Ferrell and Adam McKay’s company Gary Sanchez, Splitsider reported.

Drunk History is the second breakout YouTube sensation to capture Comedy Central’s attention in the past three years. In 2010, an executive from the network discovered some funny YouTube videos of comedians Blake Anderson, Adam DeVine, and Anders Holm horsing around in their backyard. The executive was so impressed with the troupe’s raw comedic style, he gave them the show Workaholics. The show was recently renewed for a fourth and fifth season.