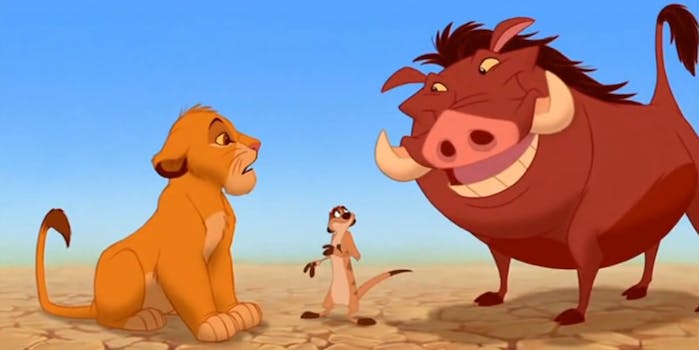 This video jukebox is all a Disney music nerd ever needs

If you ever annoyed your parents by belting out “Hakuna Matata” at 6am on a Saturday, this is your new favorite video.

The Walt Disney Song Collection, from the YouTuber channel AnnotationJukebox, is packed with classic songs from movies including Mary Poppins, The Lion King, and Toy Story. It smartly uses YouTube annotation links—those often-annoying pop-up text bubbles—to help fans scoot from track to track, creating an entire jukebox of 125 tunes in a single video.

Each song in the playlist includes lyrics and its own progress bar, with links to skip songs, head back to the menu, or buy the track. Those annotations don’t work on mobile devices, so there’s a workaround on the AnnotationJukebox website.

Potential copyright issues aside, it’s an innovative way to package a ton of great songs from your childhood—and a number from Cars. The creator, who’s working on the next Walt Disney Song Collection, promises a tutorial showing how the video came together. Until then, we’ll just assume it’s a work of Disney magic.