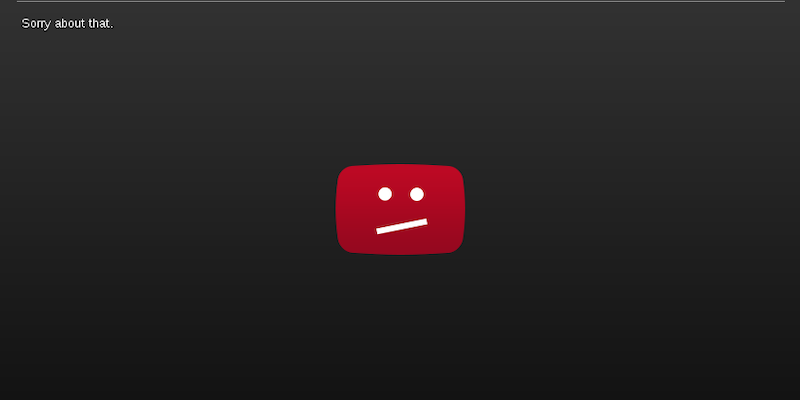 YouTube is trying to keep its platform as clean as possible. That’s why, during the third quarter of 2018, the streaming site deleted 58 million videos, and it’s why YouTube warned its creators this week that it’s going to be deleting plenty of spam accounts that could affect their subscriber numbers.

In a letter to creators that was unveiled Thursday on a help forum, YouTube said creators might discover that their subscriber numbers have dropped because it’s removing a number of accounts that aren’t manned by real people. YouTube expects some of its content creators to see a “noticeable decrease” in subscriptions.

“We regularly verify the legitimacy of accounts and actions on your YouTube channel,” the letter said. “We’ve recently identified and fixed an issue that caused some spam not to be removed … We’ll be taking action and removing subscribers that were in fact spam from our systems. Removing spam from the platform helps ensure that YouTube remains a fair playing field for everyone and should result in higher confidence that you’re organically building a community of authentic fans.”

For those who have millions of subscribers anyway, the loss of some spam probably won’t make much of a difference. But for those who are trying to stay in the YouTube Partner Program (YPP) that requires at least 1,000 subscribers and 4,000 watch hours in the previous 12 months that allows creators to monetize their content, the mass deletion could affect their ability to make money on the platform.

While watch hours shouldn’t be affected, YouTube said “channels that had a high percentage of spam and fall below 1,000 subscribers will no longer meet the minimum requirement for YPP and will be removed from the program. They are encouraged to reapply once they’ve rebuilt their subscribers organically.”

YouTube also said this week that it had deleted nearly 1.7 million channels that carried 50.2 million videos. The big reason? “The majority of channel terminations are a result of accounts being dedicated to spam or adult sexual content in violation of our guidelines,” YouTube said.

Among other reasons for channel deletions were repeated violations of child safety guidelines or harassment guidelines.

Another 7.8 million videos were deleted off channels that are still active for various community guideline violations. More than 81 percent of those videos were originally flagged by YouTube’s automated system and nearly 75 percent of that content was deleted before it had received any page views—a sign that YouTube said means its “mix of human reviewers and technology” are working.

“Finding all violative content on YouTube is an immense challenge, but we see this as one of our core responsibilities and are focused on continuously working towards removing this content before it is widely viewed,” the company said in a blog post on Thursday.