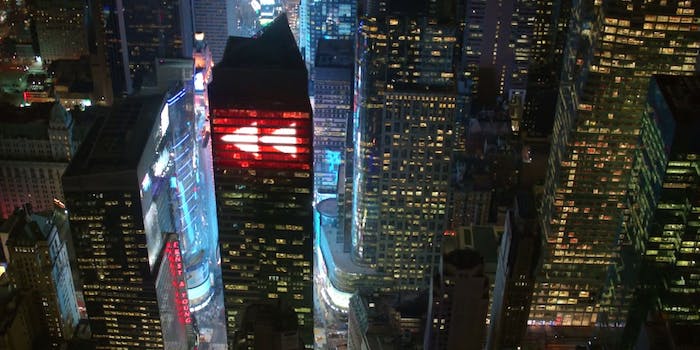 Can you name all the stars and trends in this year's annual video?

YouTube’s best and brightest have gathered for the annual “YouTube Rewind,” a cheeky year-in-review video that celebrates the trends, stars, and downright weirdest moments in the year of digital video.

This year’s installment played off popular music video trends, from DJ Snake and Lil Jon’s wall-smashing “Turn Down for What” video spoofed by PewDiePie, to Pentatonix and Bethany Mota singing “Let It Go” covers. It also paid tribute to the iconic ALS Ice Bucket Challenge, with various YouTubers splashing each other across time and space. Mainstream media even got in the game, showcasing people like Jimmy Kimmel and Big Bird, whose programs have massive digital footprints as well as TV ones. DJ Earworm, who wows annually with his United State of Pop video, provided the musical mashup for the clip.

Make sure you watch the whole way through, as it has two adorable buttons. First, everyone’s favorite hamster eating tiny things is snacking on a little fake YouTube button. Then, after the credit roll, we see a cartoon spoof on PewDiePie’s start to the video in “what really should have happened.”

YouTube also released a top videos of 2014 list, if you want to relive the biggest viral video moments of the year based on likes, shares, and comments.