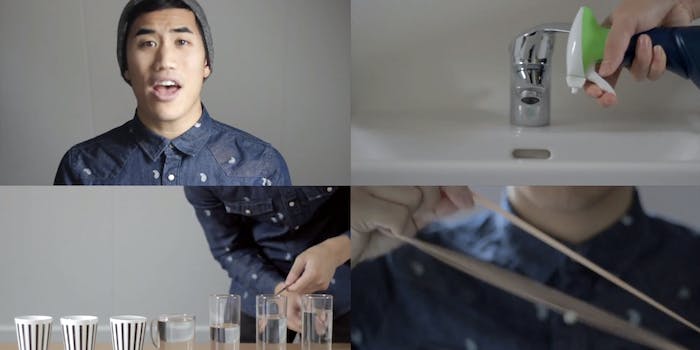 This musical medley simplifies the world of pop music.

Can you perform a mashup of musical hits of 2014 using a bag of kale as an instrument? Thanks to YouTuber Andrew Huang, we now know that feat is impossible, as he set about using 28 household objects to cover six of the biggest songs of last year.

Huang uses a variety of improvised instruments, from firewood to a coffee machine, to cover tracks like Taylor Swift‘s “Shake It Off” and Pharrell Williams‘ “Happy” in an ode to 2014’s music that proves a symphony is at everyone’s fingertips, if they know where to look.

Huang’s also had other inventive musical hits, like his cover of 99 Red Balloons played only with actual red balloons. If this is how he closed out 2014, we can only expect big things from Huang in the new year.