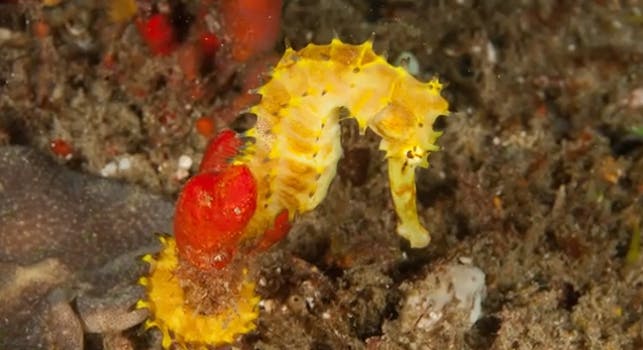 Ze Frank's latest "true facts" video is all about seahorses, which are just land-horses with fewer legs.

The seahorse is an aggressive floater based on a land horse (but minus the legs since they ran out of clay), looks weirder up close, and has to eat constantly in Ze Frank’s latest look at different animal facts.

2) HISHE, “How The Hobbit Should Have Ended”

Gandalf is looking for someone to join him in a 48 frames per second adventure, and while it may have saved the characters in the Lord of the Rings trilogy a lot of trouble, it doesn’t end so well for the Dwarves after he makes Bilbo destroy the Ring.

3) AsapSCIENCE, “The Scientific Power of Thought”

If you imagine it, it will be so, according to AsapSCIENCE as they explain how mentally preparing for something can make it happen just as quickly as someone who physically prepares for it.

Batman can thwart Catwoman just fine, but getting past the Cat Lady is a different story. He can’t handle the overabundance of cats or the fleas, but manages pull a trick or two out of his sleeve.

After getting dissed by Josh Groban on Twitter, the Kid President sics his fans on the musician until Groban finally stops by for an interview, where Robbie teaches him a few of his classic dance moves.