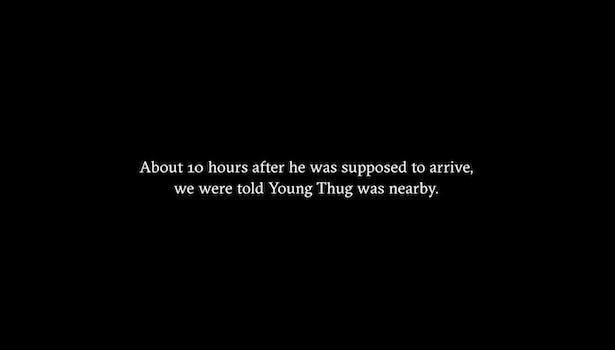 Rapper never shows for his music video shoot, director turns it into work of art

Rapper Young Thug released the music video for his single ‘Wyclef Jean’ today. You may notice one thing missing from it: Young Thug.

According to director Ryan Staake, despite a $100,000 budget and the rapper sending him a storyboard for the video, Young Thug showed up 10 hours late the day of, then refused to get out of his car for a single shot.

What could have been a disaster—not to mention a waste of money—became a wonderful meta-narrative about the experience and one of the funniest music videos of all time.

Now that is taking lemons and making Beyoncé’s ‘Lemonade‘