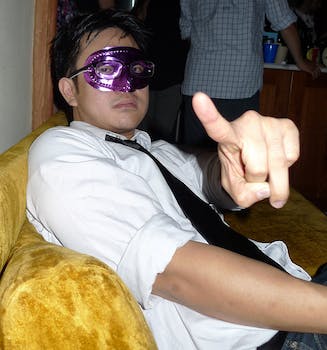 Yo is this racist? The answer’s probably yes

We all do our best not to be racist. But then come the tough questions.

Are you racist if you prefer white vinegar over malt vinegar? If you watch Star Wars? What about if the only rapper you’d sleep with is Eminem?

Andrew Ti is here to help. His Tumblr blog, Yo Is This Racist? attempts to clear up your racial faux pas. Ti told the Daily Dot that he got the idea from an office discussion.

“My office mate and I were talking about Yosemite Sam and had the realization that when he says “cotton-picking” as part of his litany of cartoon expletives, that actually was probably racist,” he said.

As it turns out, this is a service in demand. The blog is less than 24-hours-old and already has nearly 2000 followers.

Now, the 31-year-old writer and photographer has his hands full. The blog was intended to be a joke for his friends, he told us. But after being mentioned on the Daily What, he has more questions than he ever expected.

“Right now I’m sitting on about 500 questions, and so many of them are hilarious and great on their own, mixed in with some of the most horrible racist invective you’ve ever seen,” he said.

Ti said he is by no means an expert on racism, race relations, or any related field. But as a Chinese American growing up in the Midwest, he faced his share of racial epithets.

“A lady telling her crying baby daughter on the subway in New York that it was OK because I was a ching-ching comes to mind,” he said.

While Ti isn’t sure how he’s going to answer some of the tougher questions, he said he’s up to the task.

“I’m pretty much stumped on every single one, honestly, at this point,” he said. “So the goal for me right now is to just find a way to call people racist in a different, amusing way each time.”