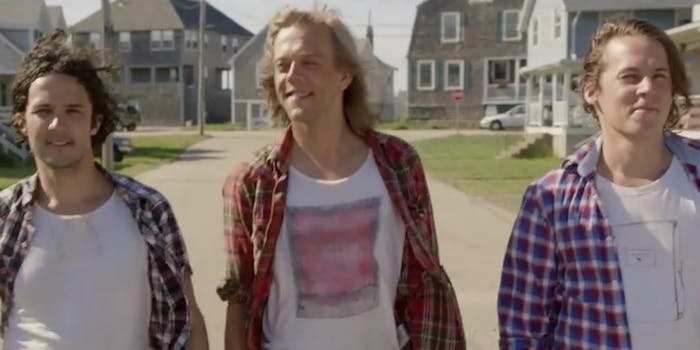 After ‘The Fox,’ Ylvis asks: What does ‘Massachusetts’ say?

Viral sensations follow-up "The Fox" with an ode to... Massachusetts.

The follow-up to Norwegian group Ylvis’s summer hit “The Fox,” is not very good, but it’s hard following a viral hit with a second viral hit. Having exhausted the bandwidth on the song’s popularity via YouTube, wedding receptions, and Abercrombie T-shirts, it was time for the sophomore single, titled “Massachusetts.”

Of course, since “The Fox” was the first America had really heard of the decade-old group, people are going to see this new video and be all, “What happened to the fox?” Here, the trio wears plaid shirts and extols the virtues of the state of Massachusetts, while eating Brie. Are they trolling us, or are they introducing a new series where they make a song about all 50 states? A sort of pop-tourism act?

Will they do what Sufjan Stevens couldn’t? Will you help them stay relevant?