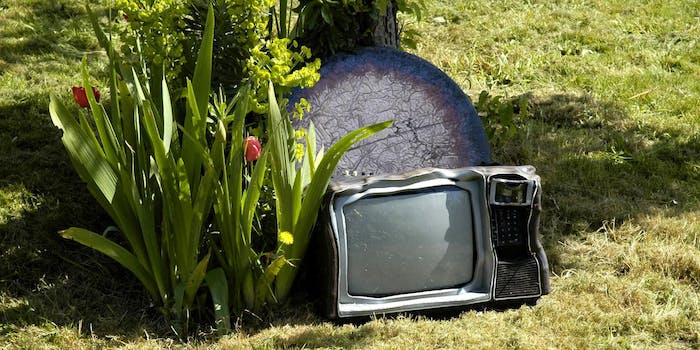 Today’s news that Yahoo quietly shuttered its premium video portal Yahoo Stream last week (first reported by Variety) comes as no big surprise, given the $42 million write-down it’s taking for its original shows Other Space, Sin City Saints, and season 6 of the axed NBC show Community and reports that it’s pulled the plug on several high-profile series on its development slate (The Pursuit, The Ultimate D.J.).

But rather than rush forward with dire predictions about what new horrors might lie in store for the once-mighty Internet giant—which, according to reports, is either selling or spinning off its core business—VideoInk thought it would better pause for a moment to consider the factors that led to Yahoo Screen’s demise, because A) schadenfreude is a time-honored show-business tradition, and B) we might just learn something.

If you spend big money on shows, let people know about it. Yahoo went all out when it announced its programming slate to the industry and advertisers with a splashy NewFronts presentation last April, but it dropped the ball when it came to letting people—press, industry, and everyday viewers—know that the series were available to watch or even that such a thing as Yahoo Screen existed. In contrast, Netflix sends out a press release and a social media blast every time it drops a new trailer or adds a cast member to one of its shows.

The Internet is rife with tales of Yahoo Screen’s stuttering video and lags, freezes and crashes that made watching a challenge, if not downright unbearable. The result: Viewers that did find Yahoo Screen were not encouraged to stick around and watch more.

Signing CBS Evening News anchor and Today (NBC) co-host Katie Couric as “global news anchor” may have been a coup that impressed Yahoo CEO Marissa Mayer’s old media peers, but it wasn’t something that appealed to the millennials who constitute the core demographic in the digital space. Online video has its own rules and rhythms, as well as its own homegrown stars, both of which are beginning to reshape the look of linear TV. Hiring Couric sent the wrong brand message at the wrong time, making it look like a fuddy duddy compared to the networks, which have been effectively harnessing social video with programs such as The Tonight Show with Jimmy Fallon, ABC’s Jimmy Kimmel Live, and CBS’ The Late Late Show with James Corden.

The shuttering of Yahoo Screen is another sad entry in a litany of recent woes for the Sunnyvale, California-based tech company. One of the giants of the dial-up Internet age, Yahoo has seen its fortunes decline drastically in recent months.