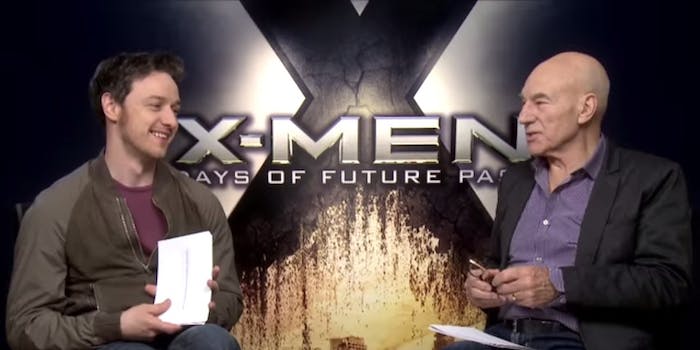 In the recent release X-Men: Days of Future Past, James McAvoy and Michael Fassbender play young versions of, respectively, Professor Charles Xavier and Magneto, characters that were brought to stunning and timeless life by Sir Patrick Stewart and Sir Ian McKellen in the original X-Men film trilogy.

Now, the young actors are showcasing precisely why they were the chosen ones.

In an amazing and hilarious video, McAvoy and Fassbender showcase spot-on impressions of their respective thespian counterparts—to their faces. In fact, McAvoy takes it a step further and challenges Stewart to perform an impression of him.

And not a single one of them needed to sell fast food to get the laughs.