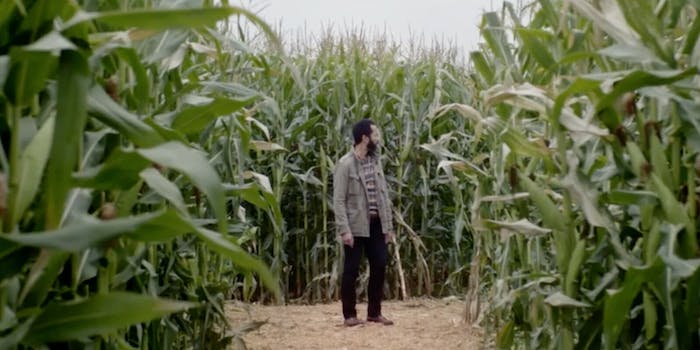 The best late-night series you're not watching returns.

The most meditative and investigative late-night TV series is back.

Wyatt Cenac’s Problem Areas, the Daily Show alum’s ambitious HBO topical news and comedy series, expands on some of his contemporaries’ work of covering aspects of ongoing crises in America. Yet Cenac goes deep into an overarching issue throughout a season, and it’s a sobering and compelling journey.

Last season Cenac and his team delved into policing and police brutality, with a closer inspection of the broad criminal justice system, presenting from the confines of his PBS-in-the-’70s-looking studio. From that same set-up, he uses season 2 to examine America’s educational system.

Season 2 launches with a discussion on gender discrepancy, discrimination, teachers’ unions, and existential fighting against local governments. Cenac creates adequate context by tying in the fact that the struggle for better quality public education, especially for lower-tax-generating areas, has been occurring for decades. He shows both recent interviews, and also video of teacher strikes in West Virginia, alongside archival footage found in other areas of the country. He even details its appearance from the eve of the television era’s mainstream.

Intriguing takeaways of the episode arise through the new-look talking heads whom Cenac enlists for the “what does this all mean?” portions. Among the interviews, though, charity comes to the fore, as many of the interviewed teachers acknowledge that fundraising is often necessary. It opens a wormhole into a heartbreaking discussion about opportunity and education.

Of course, the show comes back on the heels of the infamous college admissions scandal, where dozens of the privileged progenitors earned federal indictments for buying (or bribing) their kids’ access into Amerca’s top universities. Most famously involved was actress Lori Loughlin, better known as “Aunt Becky” from the ’90s hit sitcom, Full House.

While the memes created laughter, for many, the cruel reality—an increasingly pronounced truth that America has rarely ever been a meritocracy, especially atop the very plane from where we are told all things are possible—meant tears behind comedy. If the first episode of Problem Areas is any indication of the remainder of the season, Cenac is sure to have some explosive moments between the sly jokes, furnishing another cultural nudge forward into true progress.