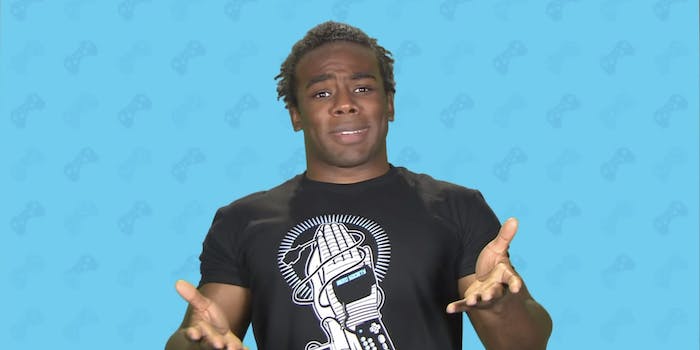 Gaming is huge on YouTube — there’s a reason the video giant is launching a new website and mobile app exclusively for its community of gamers and game lovers. WWE is also pretty big on YouTube. Its top channel, for instance, has more than 6.4 million subscribers. And let’s be honest, there’s probably a decent overlap between the gaming and wrestling fan communities.

To reach that audience, the WWE has launched a new YouTube channel entirely dedicated to gaming. Called UpUpDownDown, the channel will aim to cover all aspects of the world of video gaming and will be hosted by WWE star (and, we’re told, avid gamer) Xavier Woods.

“By leveraging WWE’s massive influence on YouTube and tapping into a content vertical that scores highly among our fans, we’re poised to make an immediate impact with this new channel,” said Lisa Fox, WWE’s EVP of content, in a statement.

Programming on the channel will air daily, with Woods welcoming a bevy of other WWE personalities, YouTube stars, and influential video game editors and writers to talk all things gaming.

At launch, weekly series include; “UpDownDownDown Plays” (Mondays), a Let’s Play-style show featuring Woods and his guests playing the latest hits; “For the Lolz” (Wednesdays), in which Woods and others explore the worlds of popular sandbox games like “Grand Theft Auto V,”; “Jump Scares” (Fridays), which will focus on horror games; “Superstar Savepoint” (Saturdays), where guests are tasked with jumping into a random game “totally cold” and help Woods beat the level or mission; and “Gamer Gauntlet” (Sundays), in which Woods challenges guests to contests with “pre-determined” penalties.