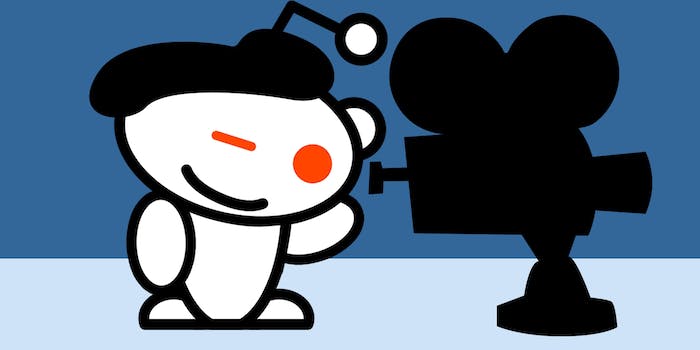 If Reddit had a movie studio, this would be its logo

Enough people visit Reddit on a daily basis that the site has inspired gifted artists to create unique projects based on repeated content. For example, there is no shortage of upvote (or downvote, for that matter) GIFs.

Redditor HAEC_EST_SPARTA decided to unleash his inner graphic designer and create a flawless YouTube video that redditors and non-redditors alike can use in their daily interaction. After all, it conveys the common thought far better than merely hitting three keyboard keys.

This is even better than the reimagined Fox intro that was placed in front of The Simpsons Movie in 2007.

Needless to say, redditors were quite pleased with HAEC_EST_SPARTA’s efforts.

“I’m sure this will appear all over reddit in the coming months, nice job. Gold for the effort alone,” redditor GameStunts said.

“If the accompanying song didn’t play in your head and finish at the exact right moment, you are not from this planet,” redditor jworsham said.

In other words, no one was posting this in response.

For now, we can only imagine the movies that would come out of HAEC_EST_SPARTA’s studio, but maybe an enterprising redditor will get to work on a full-length film next.