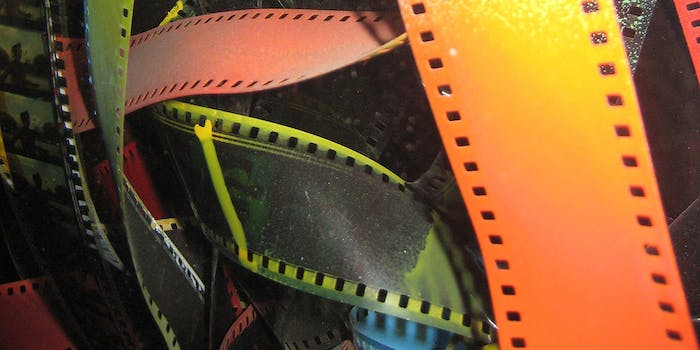 Is this the worst Cannes Film Festival ever?

This might, indeed, go down as Cannes’ Worst Year Ever, maybe that's our own fault.

If you’ve been following this year’s Cannes Film Festival, currently in its waning days, you might not have heard the greatest things.

Cannes’ opening night film, Nicole Kidman’s Grace Kelly biopic Grace of Monaco, was universally panned by critics and widely considered one of the festival’s worst opening night entries ever. In a pantheon that’s included such luminaries as The DaVinci Code and Madagascar 3: Europe’s Most Wanted, that’s a bold statement indeed.

Subsequent days have returned word from a number of prominent critics about the disappointments of this year’s lineup, including the new films from directors Ken Loach, Tommy Lee Jones, Michel Hazanavicius, and David Cronenberg, whose Maps to the Stars was received divisively at best. Cronenberg’s latest was deemed “jaded mumbo-jumbo” by Variety’s Peter Debruge, and Todd McCarthy of the Hollywood Reporter agreed, calling it “like a prank more than a coherent take on 21st century Hollywood.”

Cronenberg still got off better than Ryan Gosling, whose directorial debut, Lost River, got the Grace of Monaco treatment. Variety’s Justin Chang summed up to the overwhelmingly poor reception to Gosling’s film, writing: “Had Terrence Malick and David Lynch somehow conceived an artistic love-child together, only to see it get kidnapped, strangled and repeatedly kicked in the face by Nicolas Winding Refn, the results might look and sound something like Lost River.”

Many assessments have carried a general tone about them that suggests a film of substantial quality is more the exception than the rule this year. The Dardennes’ Two Days, One Night has been regarded well, as have Mike Leigh’s Mr. Turner and Bennett Miller’s long-delayed Foxcatcher in some circles, but Cannes 2014 (barring any last-minute breakouts) looks to go down for most as a disappointment.

This, of course, is largely speculative. Not a ton of reviewers go to Cannes per year in the grand scheme of things, so any conversation regarding its quality is left at the mercy of the handful that do.

That’s the problem. For a few years now, the festival circuit has been changing on a global level, and it’s arguably not been for the better. Sundance, long America’s bastion for independent cinema, has become a festival of hype, often serving as an early-year launching pad for prominent indie titles (often the side-projects of A-list stars). And in a market where more than 12,000 films were submitted to this past January’s festival, the idea that many of the spots were occupied by films that already had distribution deals locked in before the festival ever began is disconcerting.

There’s also the matter of the awards season cycle, the effects of which cannot be underestimated in assessing the changing impact of the film festival in the modern era. Hype starts earlier and earlier every year. In America, films come out as early as September to be pushed for awards consideration. Even the summer, the sovereign territory of the big-budget action spectacle since the ’70s, has become a proving ground for select higher-profile titles.

Because of the Academy Awards, even foreign films have to work on a selective schedule; the Best Foreign Film category, for instance, requires films to come out in their native countries by a certain date to qualify for U.S. consideration. (If you were wondering why Blue is the Warmest Color wasn’t nominated earlier this year, there you go.) Now most late-season festivals, even those as reputable as Telluride or Toronto, have become hype machines above all else, the jumping-off points for Oscar campaigns more than testing grounds for ambitious new filmmaking.

Returning to the point of Cannes, it’s one of the few worldwide festivals that has long been able to avoid this buzz-making tendency. Though Cannes has its particular favorites like any other festival (nobody still likes Atom Egoyan movies as much as the Cannes selection committee does), its reputation precedes it as a place where ambitious, noteworthy cinema of substantial merit can flourish.

But is this exactly fair? There’s a definite “festival bubble” that exists for many who attend them. Festivals are riveting places, full of aesthetically pleasing people and free swag everywhere you go. As such, audiences are put into high spirits, aglow with the promise of being overwhelmed by quality day in and day out. This leads both to false positives (see the Sundance reception of Hamlet 2 against its theatrical failure) and to the foolhardy notion that every single film at a festival is immediately digestible enough to form quick opinions about.

Especially in the case of Cannes, where its ostensible goal is to show audiences films that may not be so immediately comprehensible, this is a deeply flawed way to approach art.

But now, even Cannes seems just a tad beholden to the new festival world. While surnames like Godard, Assayas, and Loach are hardly fresh names, this year’s Competition and Un Certain Regard categories are foregrounding Gosling’s foray behind the camera and offering up films starring Robert Pattinson and Kristen Stewart. While all of the above could well just be good movies—only time will tell—Cannes today shows a subtle privileging of star power, even on the art-house circuit.

It’s hard to say from here whether Cannes 2014 or any of the year’s other festivals were the worst in their histories—but even 2003, the last time critics grumbled to this extent about Cannes’ overall lack of quality, brought Lars Von Trier’s Dogville, Clint Eastwood’s Mystic River, and Elephant, the Gus Van Sant Columbine drama that won the Palme d’Or.

We might like giving a name to things, and this year might, indeed, go down as Cannes’ Worst Festival Ever, but the label likely says more about how we’ve changed than how the movies have.