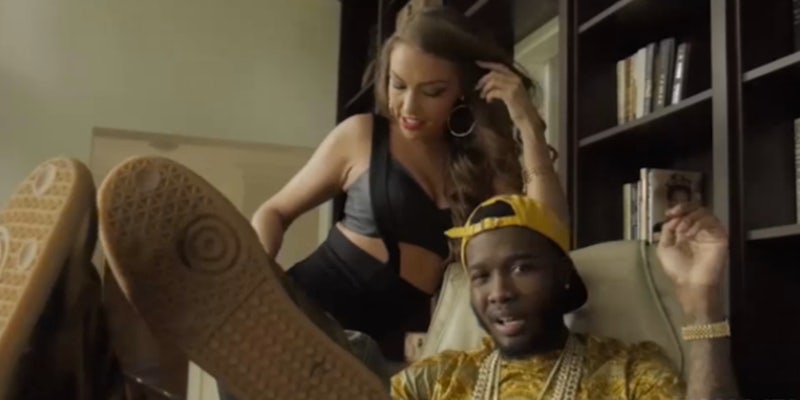 World Star will now wild out on your TV in a new "hyperreality show."

World Star Hip-Hop videos have become their own unique launching pad for Internet stars: Who could forget Sharkeshia, or the girl who was hit in the head with a shovel and now wants to fight Sharkeshia?

But World Star is more than grainy, vertically filmed fight videos; it’s part of the larger hip-hop culture, and it’s become a brand. The great minds at Adult Swim have taken notice of World Star’s influence and partnered with the site for a new comedy series, which is yet to be titled. The show will be produced by Devon Shepard (Weeds, House of Lies) and Q, World Star’s founder and CEO.

“It’s scripted, kind of a mockumentary, a day in the life of your favorite rappers,” he adds. “What would Rick Ross do on his day off? Well, maybe he gets involved in a violent game of Dungeons and Dragons. We’re going to come up with these things that you wouldn’t expect from hip-hop artists, with a little bit of sketch. …It will look and feel almost like you’re watching the website on your TV.”

Shepard says Adult Swim has always aimed to represent hip-hop culture, which makes this the perfect partnership. He thinks black culture is starting to be represented on a larger scale once again.

“We really don’t have that presence like we use to have in ‘90s and 2000s,” he says, “but we’re slowly moving the needle back to black culture. It’s cyclical. They love us and then they don’t need us. We’re back to them loving us. …That culture has always had its finger on the pulse, but when those voices are muted, entertainment gets pretty damn boring. They’re now actively looking for those voices again.

“Anthony Anderson’s show just got picked up, Kevin Hart has his pilot. The interest is starting to manifest itself again, giving us another platform to have those voices. The Cartoon Network always tried to keep that culture present more than anybody. They’re hip-hop heads. They get it.”