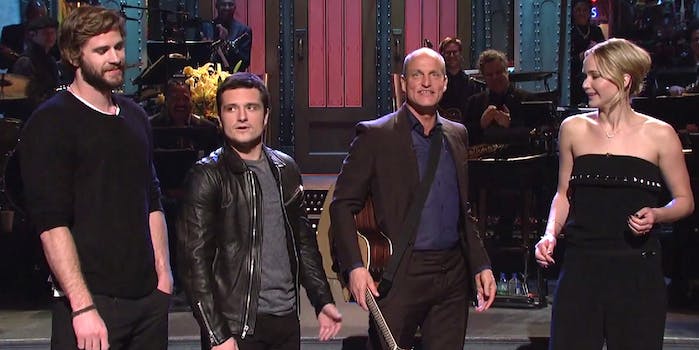 Harrelson, who first hosted the sketch comedy show in 1989, was joined on stage by fellow stars Josh Hutcherson, Liam Hemsworth, and Jennifer Lawrence during his opening monologue. Harrelson strummed a guitar as the foursome sang a tune partially inspired by Taylor Swift’s latest album, 1989.

The Hunger Games: Mockingjay Part 1 is due in theaters on Nov. 21. Let’s hope Harrelson’s acting is far better than his singing.