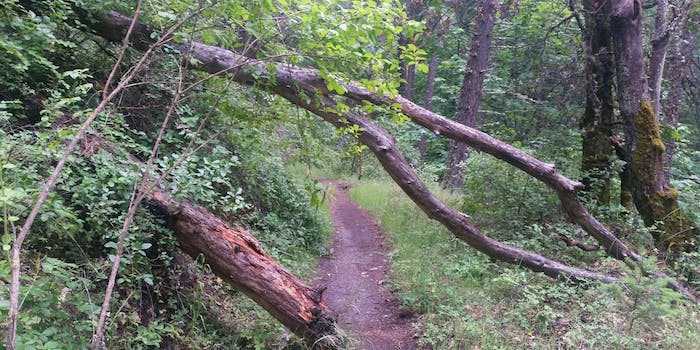 'Walk to the woods…'

If a band releases an album on an app that only plays when you’re in the woods, does it make a sound?

Earlier this summer, John Moose, an otherwise unremarkable Swedish folk band, garnered attention from Rolling Stone and others for its ingenious release strategy for its self-titled debut. Ahead of its official April 24 release, the band made the album available in entirety via an app, designed by drummer Tobias Norén, that unlocks the tracks if (and only if) the phone’s GPS coordinates verify you’re in a forest.

Norén explained how the app works to Rolling Stone: “The app uses Google Maps where forests have a specific green color. GPS coordinates are sent from the smartphone to a web service which scans the map through Google Maps Static API and uses a specific algorithm to determine if the user is in the woods ‘enough.’”

Intrigued, I downloaded the app last month, strapped on my Keens, and headed deep into the woods. I hiked part of the Pacific Coast Trail near my place in Ashland, Oregon. I wandered into Lithia Park and out past what locals call the “faery ponds.” But no matter where I went, or how secluded I was in my surroundings, the app always displayed the same screen, taunting me, telling me my journey was not yet complete. I reached out to John Moose via email. Norén said that Google had adjusted Google Maps after the app’s release, which forced him to make some changes on the back end. He encouraged me to download the app again and elaborated on its initial inspiration.

“The app is an interactive extension of the ideas and feelings we want to share with the listener,” he wrote. “We want people to think about nature—what it is and how we should relate to it. So the best way—we thought—was to force people into the woods if they want to listen to our album before it was officially released.

“Listening to our music in the woods activates other senses than the music alone—the vision of the trees, smells and maybe some birds singing through the headphones. The whole band comes from an area where the large forests are always present and have been historically important for people making a living. So we guess we have it in us and that affects what the music and the concept becomes.”

With the app reinstalled, I headed back out into the wild, more curious than ever about what exactly this album would entail. This time, I was met with a different screen, one that told me the app couldn’t pull the coordinates from my smartphone. At this point, the album was available in every major format, but I was more curious about the experience the app provided. I hacked a solution: I downloaded the album on Spotify and hiked back to a place I thought would be most appropriate for the occasion. 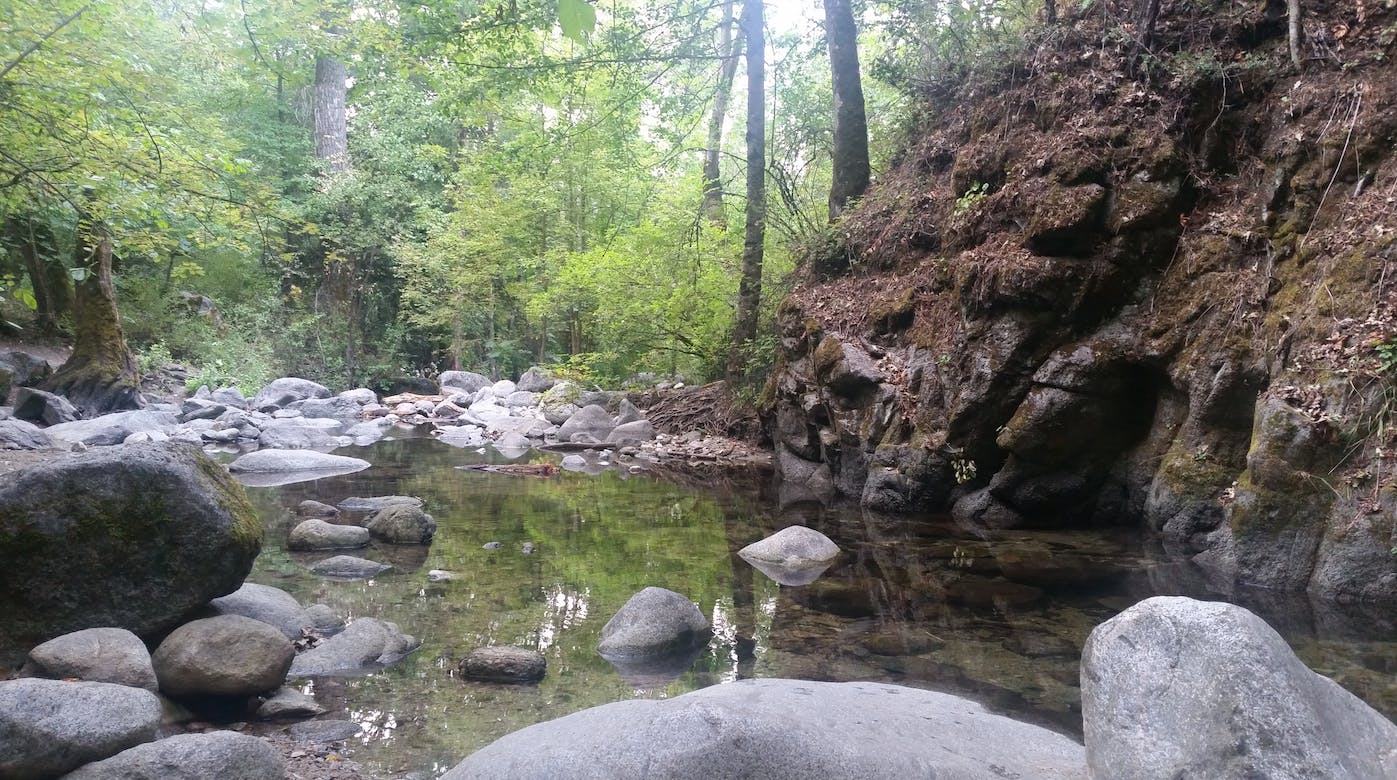 “Listening to our music in the woods activates other senses than the music alone—the vision of the trees, smells and maybe some birds singing through the headphones.”

John Moose has all the markings of a “concept album”—that delicate balance of earnest pretension and loose narrative that defined the format’s golden era in the early 1970s. It has a prologue and epilogue of sorts, songs broken up into parts, and moody interludes that stitch it together. The record tells the story of the titular character who, fittingly, attempts to restart his life in the woods, only to lose himself in the process. It’s more pastoral than psychedelic, rooted in the tradition of Swedish folk music, but I kept thinking how much better it might be if the lyrics weren’t translated to English (see Swedish contemporaries Dungen).

The band has potential, but its heavy-handed ambition hasn’t quite caught up with its dev skills. I couldn’t fight the urge to listen to the trickle of the stream instead.

And for that, John Moose actually deserves to be applauded. We’re in an era of the music industry driven by virality and big data—where SoundCloud spins and Wikipedia searches are being used to find the next big thing, not in rock venues but in spreadsheets. Album releases have been reduced to trending topics, worth approximately one email address.

John Moose took the path less traveled, turning its album’s release not into an event but an experience. And god knows I needed to get outside.