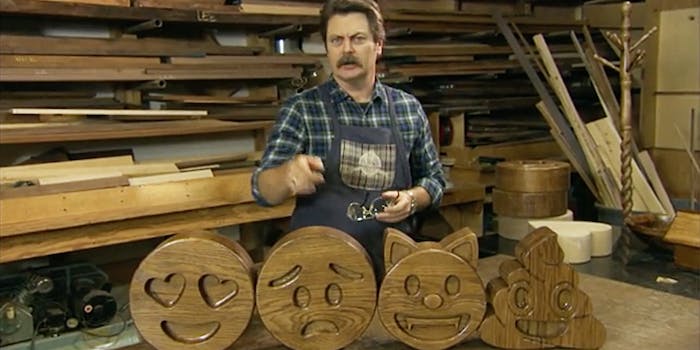 There's no limit to what TV's Ron Swanson can carve.

Emoji made headlines last week after the Unicode Consortium, which manages the most popular text standard, made the long, long, long, long overdue decision to enhance them with racial diversity. At last, non-Caucasian people too lazy to type out actual words would have techno-hieroglyphs that properly represented them. Thanks to Nick Offerman, however, this emoji advance is already old news.

The Parks and Recreation star went on Conan O’Brien‘s show on Thursday night to reveal the next logical step in the evolution of emoji: hand-made, painstakingly crafted solid-oak emoticons.