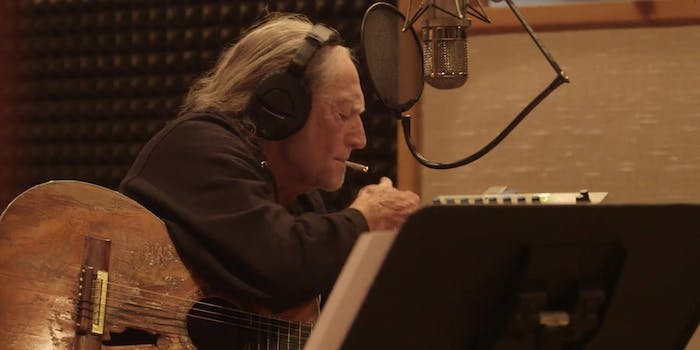 Here’s the best way you can possibly start 4/20… err, the second best at any rate.

Here’s the best way you can possibly start 4/20… err, the second best at any rate.

Merle Haggard and Willie Nelson, the patron saints of weed, have teamed up for a new collaborative album, Django and Jimmie, set for release June 2. The first single, “It’s All Going to Pot,” finds the two country outlaws trading barbs and spliffs in equal measure, not unlike their classic Pancho & Lefty record.

In short, it’s the anthem the weed legalization movement has been waiting for. Just check the chorus:

All of the whiskey In Lynchburg, Tennessee
Just couldn’t hit the spot
I’ve got a $100 bill, friend, keep your pills
‘Cause it’s all going to pot

And those mariachi horns? That’s a stroke of stoned genius.