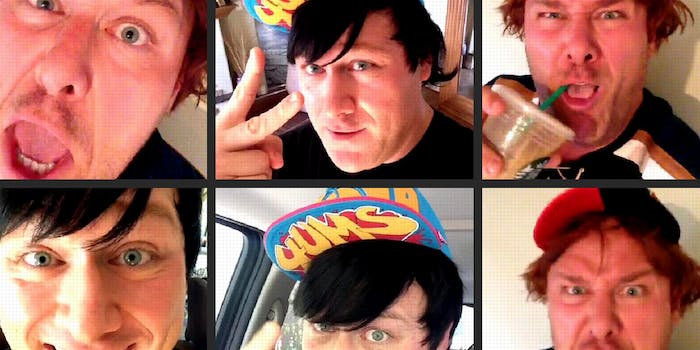 Meet the ‘teen’ who took over Will Sasso’s Vine account

Will Sasso continues to be the best at Vine.

Last year, Will Sasso captivated Vine by making lemons come out of his mouth. It was looped physical comedy that bordered on the absurd, and it became a documented meme.

Sasso, a former star of MADtv, excels at Vine, where he’s collected more than 1 million followers. He’s got the timing down, and always has an interesting setup and revolving cast of characters and concepts. Sasso’s able to make the longform bit work on a six-second platform, and in 2013, he was consistently doing some of the funniest work on Vine.

And then in early November, he disappeared. His fans pined for him.

In the six months that Sasso’s been absent, teens have essentially taken over the app, dominating the popular page and getting movie deals off massive follower counts. There are teen Vine stars who have racked up millions of followers by engaging in a fairly tedious formula: Some variation of the “that thing where…” setup, some observational joke, then a clip of a viral video or meme as the punchline. Scroll through the “popular” page, and you’ll see a lot of it.

In early May, a teen named Torey began showing up on Sasso’s account, speaking in the native language of emojis and hashtags. He explained that Sasso sold his account to Torey’s dad, who then gave it to him.

Sasso’s had an interloper on his account before: A somewhat violent man named Corey, who finally went away after taking antidepressants. Still, if you watch all the Corey bits in order, a more masterful character sketch appears. Sasso’s comedy is disciplined, unlike the braying slush that often fills the app’s popular page.

When reached for comment, all Sasso would say about the deal is that he’s starting to regret selling his Vine to Torey’s dad.

However, Sasso was able to put us in touch with Torey. Via email, he says, “I wuz hapy wen my dad boght #WillSasso’s vine# acount becos he haz lots of folowerz do you liek my hair? Haha I’m winking at you if your reading this ;) I juts stole a kiss <3 #BAE.”

He added that his favorite vines are the ones that sometimes have clips from Napolean Dynamite in them.

Since Torey’s an in-the-know youth who could give us an important anthropological look at the world of teen Vine, I asked who some of his favorite people on Vine are.

“I like whoevr is in the #popularNOW page and John Stamos.”

Like many teens on the #popularNOW page, Torey’s recently started dropping sponsored content, cycling himself into the Vine star system, where young people are content producers paired with brands.

So how does Torey come up with his Vines?